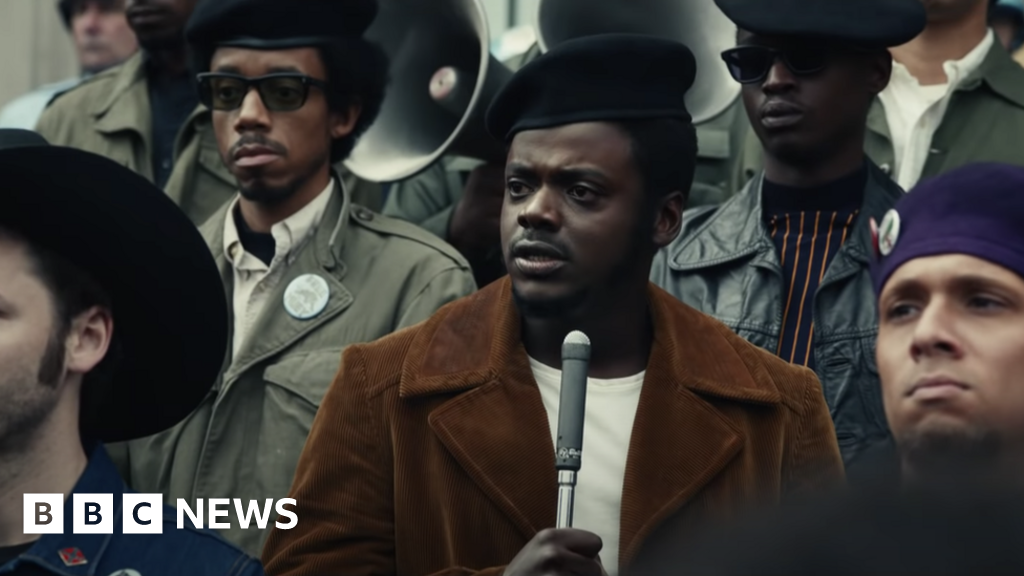 “You can kill a freedom fighter but you can’t kill freedom,” declares Daniel Kaluuya, in the dramatic trailer for a new film about the life of Black Panther leader Fred Hampton.

The British actor plays Hampton, an enigmatic activist and organiser, who was killed in a co-ordinated raid by the FBI and Chicago Police in 1969.

Opposite him is Lakeith Stanfield as William O’Neal, the FBI informant who infiltrated the Black Panthers and provided information that led to Hampton’s death.

Called Judas and the Black Messiah, the movie is due for release in early 2021 – into a world that will have changed irrevocably since filming began in Ohio last September.

“We started making it prior to the George Floyd killing and the rebellions that followed,” says director and co-writer Shaka King.

“I’ve never been in this kind of position where the attitude of the audience is so caught up to the message that you’re trying to convey – but I think the message of the movie is consistent no matter when its viewed.”

“The people that were responsible for this, a lot of them are still alive. These ideas are still ever-present, these systems that Chairman was fighting for to be demolished – the constant attacks on poor people, on black people – those systems are still here.

Hampton was a charismatic and energetic young man, whose popularity with young activists led them to call him “Chairman” as a sign of respect.

Born in suburban Chicago, he led a successful campaign to have a non-segregated pool for young people built in his hometown, and spearheaded a student protest against a policy that only allowed white girls to be nominated for homecoming queen at his high school.

After joining the Illinois Black Panther Party, he gained further recognition by negotiating a truce between his group and two rival street gangs; and his electric presence at rallies and meetings saw him earmarked as a future leader.

But his rise to prominence coincided with an FBI counter-intelligence programme, which sought to discredit black nationalist groups. Director J Edgar Hoover issued a directive ordering the bureau to: “Prevent the rise of a ‘messiah’ who could unify and electrify the militant black nationalist movement.”

Hampton might have been one such “messiah”, as might Malcolm X, Stokely Carmichael or Martin Luther King. His increasing radicalism had set off alarm bells in the bureau. Not long before his death, Hampton told The Chicago Sun-Times he was “at war with the pigs”.

The FBI infiltrated the Illinois Panthers by turning O’Neal into an informant. An insider to the point where he was in charge of Hampton’s security and possessed keys to Panther safe houses, he provided the bureau with plans for Hampton’s west-side apartment, where the fatal raid took place.

On the evening of 3 December,1969, O’Neal slipped a powerful sleeping drug into Hampton’s drink then left his apartment. Officers were dispatched to raid the property, armed with a search warrant for weapons and explosives that the party was supposedly hoarding inside.

What happened in the next seven minutes was hotly contested. The police said the Panthers opened fire, and they retaliated in kind.

The Panthers saw the raid as a pretext for killing Hampton, who died in his bed at the age of 21, next to his eight-months-pregnant fiancée.

Months later, a federal investigation showed that only one shot was fired by the Panthers (although that number remained in dispute), while police fired 82 to 99 shots.

Judas and the Black Messiah tells the story through the eyes of O’Neal, who later entered witness protection and died in 1990, in an apparent suicide.

Stanfield says the challenge of portraying the character on screen was “really tough”.

“I took on the eyes of somebody who didn’t give a damn,” he told NowThis earlier this year. “I didn’t think I could connect to it, but with enough time you realise we’re all human and we’ve all got different viewpoints.”

Kaluuya faced a different challenge – of embodying one of the civil rights movement’s most charismatic leaders. In the trailer, released on Friday morning, he’s seen almost as conductor, leading a crowd in the escalating chant: “I am a revolutionary, I am a revolutionary.”

And indeed, he saw the role as a musical one – studying opera in his efforts to capture Hampton’s magnetic delivery.

“I realised that these speakers are not speaking, they’re singing,” he said. “And so, I want it to feel like a song and I wanted to attack it like it was a song. I think that’s why the notes that I read resonate, ’cause it’s a tune.”

During production, some people asked whether it was appropriate to have a British actor play such a uniquely American character, but King says he never had any concerns about casting Kaluuya in the role.

Hampton “had that combination of a youthful spirit and an old soul, and Daniel had qualities [similar] to him”, the director explains.

“He had a gravitas to him that you don’t see in people that age… not to mention the political viewpoints that he holds as an individual.”

Kaluuya, who got his start in the Channel 4 teen show Skins before making the leap to Hollywood in Get Out and Black Panther, also got the seal of approval from Hampton’s son, Fred Hampton Jr, who says he checked the cast and crew’s “community credit cards” before approving the film.

But King says the questions over Kaluuya’s suitability for the role shouldn’t overshadow the film’s core message.

“But for me, I’m born in America, my family’s Caribbean and I’ve got a South African name – so I am literally emblematic of a sort of diasporadic way of thinking.

“Kidnapped Africans ended up all around the world. We have a lot more in common than people think, in terms of our experience and trying to overthrow white supremacy.

“So I didn’t go into it thinking there would be [an issue].”