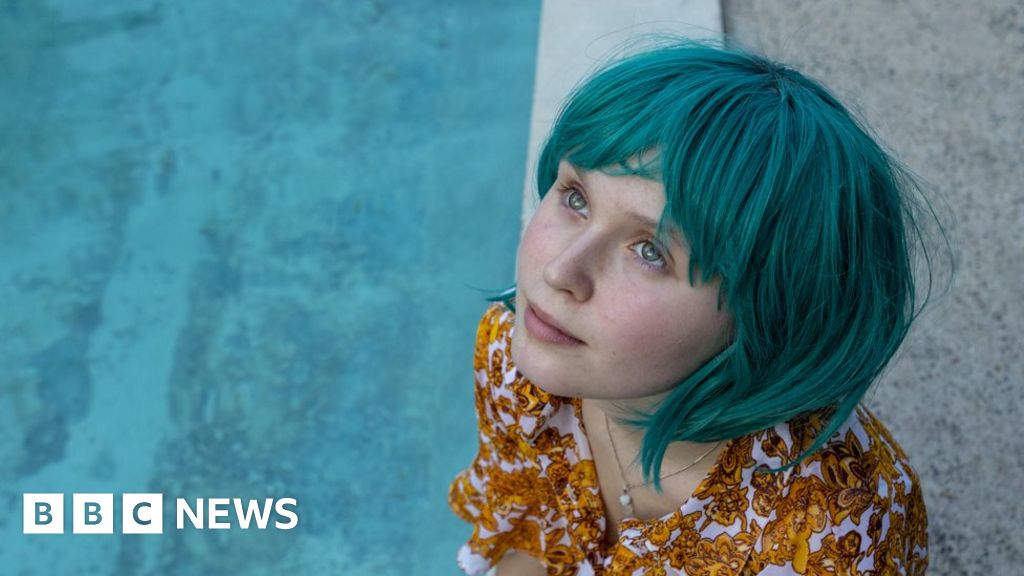 Are teen films getting more realistic when showing an experience of serious illness? The makers of Australian teen drama Babyteeth certainly hope so.

Recent teen films such as The Fault in our Stars, Now is Good and Five Feet Apart focus on a romance a couple enjoys when at least one of them is chronically ill; but Babyteeth, starring Little Women’s Eliza Scanlen, has a far more rebellious tone.

Sixteen-year-old Milla may be undergoing cancer treatment, but the film, a first feature by Australian director Shannon Murphy, shows the teen sneaking out to all-night parties, shoplifting and falling for an older boy, Moses, who has a drug habit.

Her affluent parents, played by Rogue One’s Ben Mendelsohn and Essie Davis from Game of Thrones, are distraught.

The story was originally a play written by Australian scriptwriter Rita Kalnejais, and Shannon Murphy believes Milla’s intense journey to adulthood can be humorous, as well as poignant.

“There was more life in Babyteeth’s script than anything else I’ve read in ages, even if it seems to be a story about death,” she says. “It’s such modern, contemporary storytelling. It’s a very physical film – I think it’s significant in context that every character seems to be very alive in their own bodies.”

“When I read the script I really thought it was quite funny,” she says.” It’s very much Australian humour – it’s not the classic formulation of a joke. This is the story of a girl coming into her own body through sex and love, despite it essentially withering away. So much of her love story with Moses is physical.”

The actress says she researched the role by working with the organisation CanTeen, which works with young Australians with cancer who are under the age of 25.

“Speaking to those teenagers was so incredibly helpful,” she says, “and they spoke a bit about the relationship with their parents and how complicated that can be.

“The young teen with cancer can become the parent or the adult in the family, and that was really essential information for me.

“Milla has got a lot of resilience and that’s something I gathered from speaking to them, that was way more important than playing a victim.

“No one just ‘surrenders’ to illness, it’s always a fight. Her journey is her trying to experience all that life has to offer, while learning to accept the dysfunction that’s in her life and in her family life.”

Toby Wallace, who plays Moses, was awarded the best young actor award at the 2019 Venice Film Festival, where Babyteeth was premiered.

The Guardian also praises the film, saying: “In a subgenre that often mawkishly preaches one should live a short life to its fullest, Babyteeth shows the fullest can be an ordinary day at the beach, when Milla turns the camera away from herself and onto her parents, the sea, the sky.”

Deborah James, also known as @bowelbabe, was diagnosed with Stage 4 bowel cancer in 2016, and presents BBC Radio 5 Live’s You, Me and the Big C podcast. Currently, she has no active cancer. She welcomes the idea of content that resonates with teenagers living with the disease.

“Some young followers I have can feel almost guilty in aspects of life where they know they should be worried about their cancer, and actually they’re really worried about the boy they like and who might not like them back,” she explains.

“Teenagers can’t help it, and they don’t want to be defined by their illness. So many of them have the attitude of ‘I’m going to look fantastic and I’m going out to party.’

Social media has been showcasing that for a while, and now if films are doing it to, it gives people permission to do that. There’s this misconception that you shouldn’t, and it’s important that you come back with a ‘why?’ if there’s no medical reason.

“Cancer’s also something you’re dealing with in your mind, and if you can be, you should be as normal as possible. You’ve got to have fun in the darkness, in some of the darkest times you can have some of the funniest times. I know I have.”

Babyteeth director Shannon Murphy agrees with James that “teenagers get frustrated by being defined as ‘the sick girl’ at school.”

“I think it’s accurate that those teenagers are pushing back harder against their parents, as we see in Babyteeth, because they told us they know their time may be more limited. That’s why Milla is accelerating through her time at such a race and at such a higher frequency.”

Other teen films dealing with cancer, such as Me, Earl and the Dying Girl, an adaptation of the 2012 Jesse Andrews novel, tread the fine line between humour and tragedy. But Murphy says she was searching for the heart of her film to be about “that unique feverish energy teenagers have, that you never get back as an adult. They’re so alive, so full of strong opinions, we wanted to nail that feeling”.

“I hope we’re getting a lot better about portraying that age group,” she says.

“I want the film to exist on its own, whereas other teenage films can be drenched in this quirky, off-kilter comedy, and while that’s fun, I don’t think it quite encapsulates the teenage experience, and doesn’t quite take their feelings seriously.

“Whereas with this film, there’s a reverence for Milla’s story and the decisions she makes in the film. I think that’s makes it very much one of a kind, in a way.”

Babyteeth is released in UK cinemas on 14 August 2020.