Home Health How the HbA1c test can be used to determine risk of diabetes... 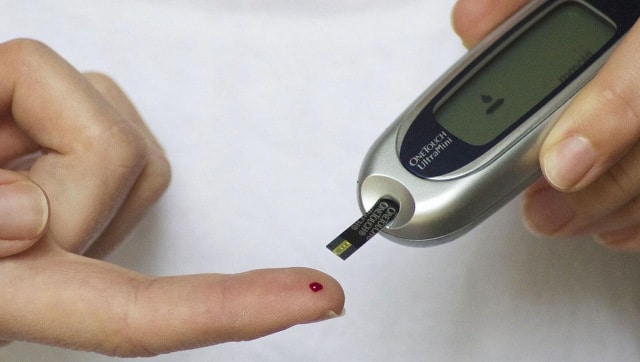 Diabetes continues to be a burden for Indian populations; there are approximately 73 million cases of diabetes in India. People with diabetes are at constant risk of developing other diseases, such as heart disease or neuropathy, later in life. However, in a recent study published in August 2020, scientists from the Johns Hopkins Bloomberg School of Public Health found that there is a test which can help in determining the risk of diabetes in younger populations much earlier.

HbA1c test: Determining the risk of diabetes in the young population

According to a study conducted by researchers at Johns Hopkins Bloomberg School of Public Health, the HbA1c test can act as a screening tool for recognising the risk of type 2 diabetes and heart disease in young people. HbA1c test is a non-fasting test which helps in examining the average levels of blood sugar over the past two to three months. It is also called the haemoglobin A1c test, glycated haemoglobin test and glycohemoglobin test.

For the study, published in the journal Pediatrics, the researchers conducted a medical exam of more than 14,000 young people between the age of 10 to 19 years. The aim of the study was to find out the ability of the HbA1c test to find out the risk factors for diabetes and heart disease in young people with obesity and high blood cholesterol.

The study concluded that the HbA1c test can show the risk of diabetes and heart disease in people at an early stage of life. The test was able to determine hyperglycemia (high blood sugar levels) in 51 percent of young people who were obese.

The scientists also stated that HbA1c is better than the fasting glucose test as it is easier to conduct and is more accurate.

Not so common ways of controlling diabetes

So far, doctors have been using oral anti-diabetic medications and an injectable form of insulin to manage blood sugar levels. However, some recent studies have shown that there may be other ways that could prove to be helpful in controlling diabetes.

In a recent study published in the journal BMJ Open Diabetes Research & Care, diabetic people were given a probiotic solution containing WBF-011 (whole biome formulations) which is a mixture of insulin and various other good bacteria like Akkermansia muciniphila, Clostridium beijerinckii, Clostridium butyricum, Bifidobacterium infantis and Anaerobutyricum hallii. The study concluded that WBF-011 is safe and well-tolerated by the body and it helps in improving the glucose levels of the body post eating (postprandial glucose levels).

Another study published in the Journal of the Endocrine Society stated that cinnamon, a commonly used spice in Indian households, has the ability to lower blood sugar and help manage diabetes. While this sounds promising, large-scale studies are still needed to establish the exact effect of cinnamon on blood sugar levels.

For more information, read our article on the HbA1c test.