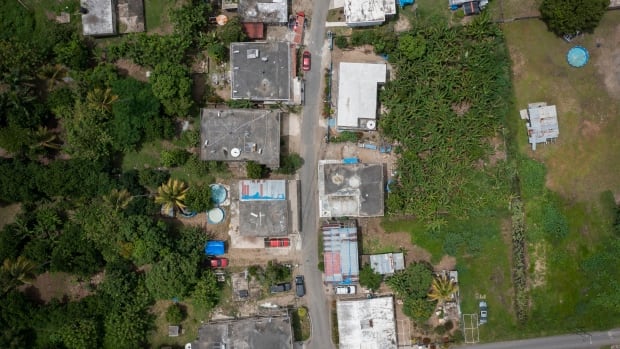 The announcement came as a major power plant in Puerto Rico was knocked offline and began to spew heavy black smoke in the latest setback to efforts to stabilize the U.S. territory’s power grid.

The situation has angered and exasperated many who were already affected by power outages blamed on Hurricane Maria, a Category 4 storm that razed the island’s power grid in September 2017. Hurricane Fiona slammed into Puerto Rico’s southwest region as a Category 1 storm on Sept. 18.

“We are living in a state of eternal fragility,” said Puerto Rico Rep. Mariana Nogales.

Luma, a private company that operates transmission and distribution of power in Puerto Rico, has promised that electricity would be restored to 90 per cent of customers by Friday in areas not severely affected by the storm. In hard-hit areas, officials have said they might restore power to 90 per cent of clients by next Thursday.

Officials have not said when the entire island might be energized.

The lack of power has led to dwindling diesel supplies and prompted U.S. Homeland Security Secretary Alejandro Mayorkas to announce Wednesday night that he would temporarily waive a federal law to allow for a British Petroleum ship to dock in Puerto Rico and unload 300,000 barrels of diesel.

The outage has forced businesses, including grocery stores and gas stations, to temporarily close and prevented hundreds of schools from opening. In addition, 16 government medical clinics and seven dialysis centres are still operating on generators.

In a policy brief released Thursday, the Puerto Rico-based think-tank Center for a New Economy said Puerto Rico was already extremely vulnerable prior to Fiona because only 30 per cent of permanent reconstruction work related to 2017’s Hurricane Maria had started.

“Basically, nothing had been done to strengthen the electric grid and other critical infrastructures or increase their resiliency,” the centre said. “The damage caused by Hurricane Fiona will certainly add another layer of complexity on top of what was already a difficult and complicated effort.”

While pledging to visit Florida, which was ravaged by Hurricane Ian on Wednesday, U.S. President Joe Biden said Thursday that he would plan a visit to Puerto Rico.

“I’m committed to you and the recovery of the island,” he said. “We’ve not gone away.”