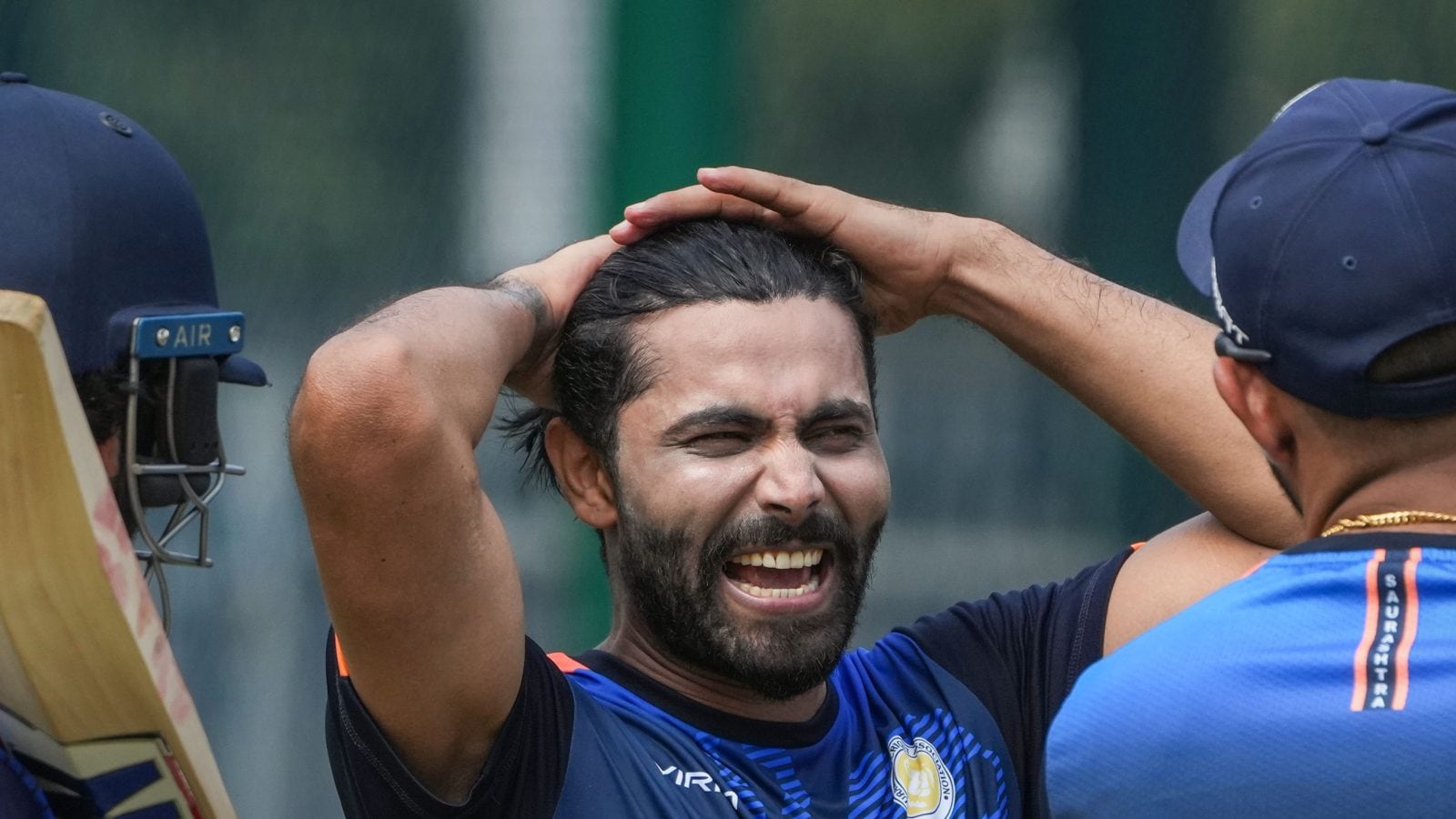 India allrounder Ravindra Jadeja is steadily approaching his international comeback having spent nearly five months on the sidelines following an injury he suffered during the Asia Cup last year which ended his T20 World Cup hopes.

He underwent a knee surgery and after undergoing rehabilitation is ready to make competitive return. Earlier this month he was named in India’s squad for the first two Tests against Australia as well but with a rider: subject to fitness.

And to get closer to that, the 34-year-old will be playing in a Ranji Trophy game for Saurashtra against Tamil Nadu starting Tuesday in Chennai.

“I am feeling good to be back on the field. Very excited. Hopefully it will come good as a team and as an individual also,” Jadeja, who will also lead Saurashtra told reporters.

For Jadeja, his first priority is to get to 100 per cent fitness, be match ready and then focus on sharpening his skills.

Jadeja though was practicing at the National Cricket Academy in Bengaluru for close to three weeks but he admits that nothing comes close to playing in an actual match and hence the decision to play in Saurashtra’s final group B match.

“I was at the NCA for 20 days. I was doing batting and bowling. Match scenario is different. I wanted one game before the Australia series, that’s why I am here,” he said.

Jadeja though isn’t feeling any discomfort but does admit that he’s not as confident as he is otherwise considering the amount of time spent away from cricket.

“Not really…after five months I am playing competitive cricket, so you don’t feel confident initially. But as you progress, then definitely you get better and better. Injury is part of any sport. If you get injured, you have to start from scratch. The same thing in cricket,” he said.

“I was out of action for 5 months. I have to build my fitness. Once I get the confidence, I will definitely work on my skills and I will get better day by day,” he added.

Jadeja revealed the surgery was for a ligament tear.

“You feel bad. Nobody wants to get injured at your peak time. It is part of the game. You have to keep that in mind and be prepared for it. You can’t do anything. There is no guarantee that one won’t get injured in cricket. It was a ligament tear. It is coming good. I am slowly getting confident,” he said.

“As I said, a match is a different thing. Different ball game…I will try to give my 100 per cent. I will try to go slowly, slowly. Let’s see how my leg is feeling and then we will see,” he added.