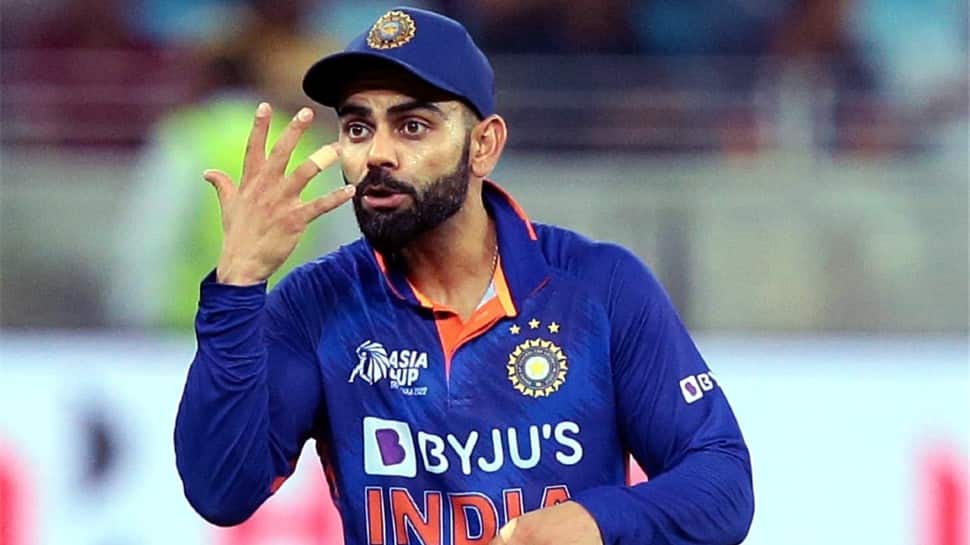 Former India captain Virat Kohli ended a 1,020-day drought to score his 71st international century – his maiden T20I ton against Afghanistan in India’s final Super 4 match of the Asia Cup 2022. Kohli, who smashed a match-winning 122 not out off 61 deliveries, has leaped 14 places to reach 15th position.

Team India batter Suryakumar Yadav, who celebrates his 32nd birthday on Wednesday (September 14), continues to remain in 4th position in the T20I ranking behind Pakistan batting Mohammad Rizwan even as skipper Babar Azam slipped to third place after a disastrous Asia Cup 2022 with the bat. South African batter Aiden Markram has now risen to second place to replace Babar.

Team India seam bowler Bhuvneshwar Kumar’s remarkable haul of five for four in the same match has lifted him to the top 10, from 11th to seventh position. KL Rahul has progressed from 30th to 23rd. Spinners Ravichandran Ashwin (up nine places to 41st) and Axar Patel (up 14 places to 57th) have also made notable gains, while Afghanistan batter Ibrahim Zadran has advanced 55 places to 63rd after his unbeaten half-century against India.

Sri Lanka players Bhanuka Rajapaksa and Wanindu Hasaranga, heroes of a memorable victory over Pakistan in the final of the Asia Cup 2022 in Dubai on Sunday, made handsome gains in the ICC Men’s T20I Player Rankings. Rajapaksa’s blistering 71 off 45 deliveries with six fours and three sixes, that won him the Player of the Match award, has helped him advance 34 places to a career-best 34th position. Rajapaksa had scores of 25 not out against India and 24 against Pakistan in other matches of the tournament played during the past week.

All-rounder Hasaranga, a formerly top-ranked bowler, has advanced in all three lists after a fine all-round effort in the final saw him smash a 21-ball 36 and follow it up with a late triple-strike with his leg-spin bowling. With a three-wicket haul in the previous match against Pakistan two days earlier, he has moved up three places to sixth position. He is also up seven places to fourth among all-rounders and up 28 places to 152nd among batters.

Pakistan fast bowler Haris Rauf, who grabbed three for 29 in the final and two wickets each in the previous two matches, has moved up nine places to 25th. Mohammad Nawaz has progressed seven places to 34th and Mohammad Hasnain has gained 14 places to reach 96th in the latest weekly update.

In the ICC Men’s ODI Player Rankings, updated after the second and third Australia versus New Zealand matches, Steve Smith has jumped 13 places to 10th position after scores of 61 and 105 while Alex Carey has moved up two places to 20th. Mitchell Starc (up three places to ninth) and Adam Zampa (up three places to 15th) have advanced in the bowlers’ list.

In the ICC Men’s Test Player Rankings that takes into consideration performances in the third England-South Africa Test at The Oval, Player of the Match Ollie Robinson is up 11 places to 15th after finishing with seven wickets in the match including a five-wicket haul in the first innings. Ben Stokes is up three places to 35th in the same list, while Ollie Pope (up 17 places to 29th) and Zak Crawley (up 16 places to 48th) are the batters to have improved their rankings.