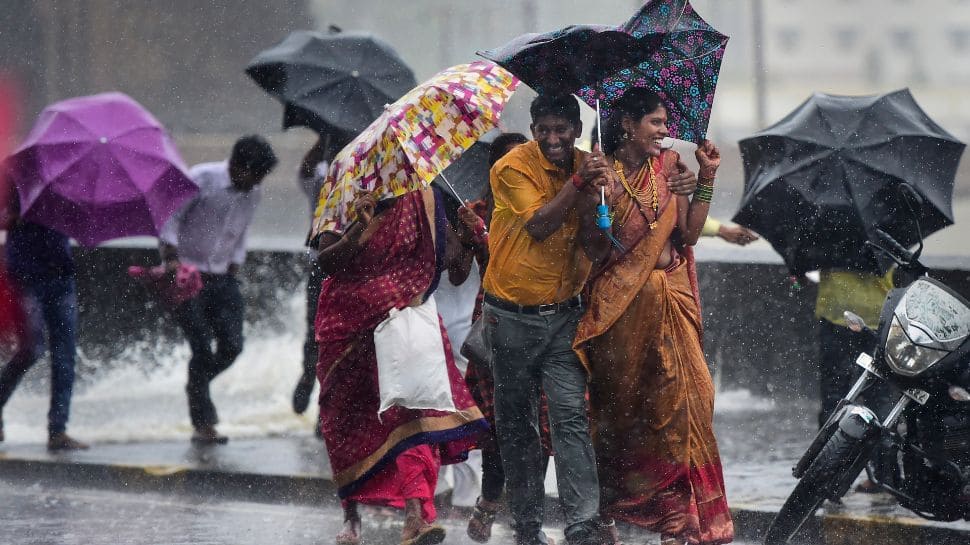 New Delhi: The  India Meteorological Department (IMD) said that several states along the Indian peninsula in the Eastern, western and southern parts of the country are likely to receive heavy rainfall over the coming few days. According to IMD’s latest bulletin, very heavy rainfall is likely over Gujarat and Maharashtra during the next five days. Heavy showers are also expected over West Bengal, Odisha, Telangana and Andhra Pradesh for the next three days.

As per IMD’s forecast, heavy to very heavy rainfall in Gangetic West Bengal till Tuesday morning owing to a depression that lay over south Odisha. On the other hand, weatherman warned of squally wind reaching speed of 40 to 50 kmph gusting to 60 kmph along and off West Bengal coast and asked fishermen not to venture into the Bay of Bengal till Tuesday.

Heavy rainfall is also very likely over coastal and north interior Karnataka, Kerala and Mahe during Sunday and Monday and in Telangana till Tuesday. The northeast part of India is also expected to receive heavy rainfall during the next three days.

Rain in isolated pockets of Rajasthan

North 24 Parganas, South 24 Parganas, East and West Midnapore and Howrah districts are among places likely to receive heavy to very heavy rain till Tuesday morning, the Met said. The city received intermittent showers amid an overcast sky since Sunday morning.

Rain lashes Odisha as depression forms over Bay of Bengal

With a well-marked low-pressure area over west-central and adjoining north-west Bay of Bengal intensifying into a depression, the IMD on Sunday forecast heavy rainfall across Odisha. Several parts of Odisha had already been witnessing rainfall activities since Saturday.