Home India IMD issues rainfall warning till 10 May for these states; read on... 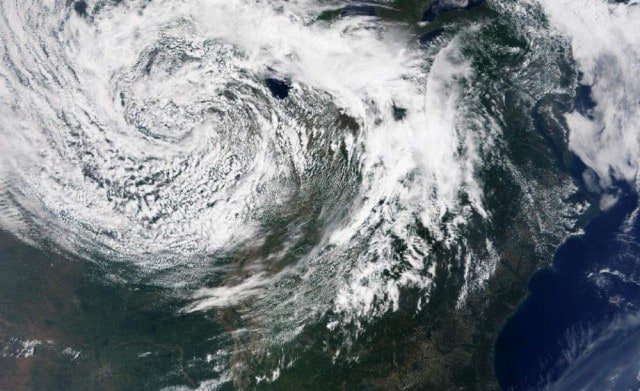 The agency has predicted that the depression will turn into a cyclonic storm, which is expected to reach to the Andhra Pradesh-Odisha shores by 10 May

The India Meteorological Department (IMD) has informed that a low-pressure region is emerging above South Andaman Sea and the Bay of Bengal. The low pressure is likely to develop into a depression today, 7 May, over the southeast Bay of Bengal.

The agency has predicted that the depression will turn into a cyclonic storm, which is expected to reach to the Andhra Pradesh-Odisha shores by 10 May. The storm will cause heavy rainfall in the east coast states.

Heavy rainfall is expected to happen at isolated places over coastal Odisha on 10 May. Telangana is likely to witness light to moderate rainfall in the next 3-4 days with thunderstorms and lightning. According to experts, a wind speed of 30-40 km/h is predicted for some districts in the state. After that, the temperature is expected to increase by 2-3 degrees Celsius.

What are the predictions for the coming days?

Squally wind speeds of 55-65 kmph are expected to reach to 75 kmph over Southeast and adjoining East-central Bay of Bengal. The wind speed will eventually reach up to 85 kmph over the same region by the evening of 8 May.

Winds at a speed of 40-50 kmph, eventually reaching to 60 kmph, are likely to prevail over the Andaman and Nicobar Islands and Andaman Sea over the next few days. Central parts of Bay of Bengal are expected to witness winds speeds of 65-75 kmph, which would eventually touch a speed of 85 kmph on 9 May.

On 10 May, Gale wind speeds of 80-90 kmph gusting to 100 kmph is expected to prevail over Northwest, West-central and East-central Bay of Bengal.

The IMD has issued a warning that sea conditions during the next 3-4 days will remain rough and advised that fishermen should not venture into the Andaman Sea and Bay of Bengal until 10 May.