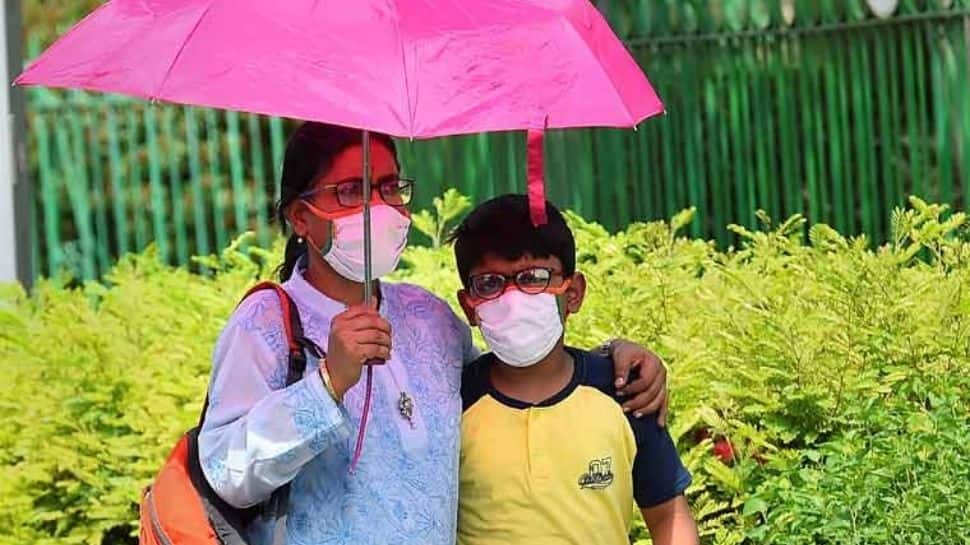 New Delhi: The India Meteorological Department (IMD) has predicted a fresh spell of heatwave over northwest and central India from May 8. The Met office said the heatwave conditions is likely to beginning in several parts of India from today.

With the fresh spell of heatwave the maximum temperatures would rise by two to four degree Celsius over most parts of northwest and central India during the next three days, IMD said.

Heatwave conditions are predicted over Rajasthan on May 7 to May 9, and over south Haryana, Delhi, southwest Uttar Pradesh, Madhya Pradesh and Vidarbha region of Maharashtra on May 8 and May 9, Met Office said.

Heatwave likely in parts of Rajasthan from today

After a brief spell of relief, heatwave is all set to make a come back in parts of Rajasthan from Sunday. On May 8, districts of Jodhpur, Bikaner, Jaipur and Bharatpur divisions are likely to witness heatwave conditions and the maximum temperatures in these regions are expected to be between 44 and 45 degrees Celsius, the weather office said.

It added that during the next two to three days, relatively strong dusty winds and thunderstorms are also likely in the districts of Bikaner and Jodhpur divisions.

According to Met office, ten weather stations in the region, four more than Friday, recorded a temperature of 40 degrees celsius or more as the maximum rose by around 1-3 degrees in a few places in parts of Odisha.

There will be no large change in maximum temperature over the next two-three days, it added.

Earlier, on Saturday, Bolangir town recorded the highest temperature at 41.8 degrees, followed by 41.5 degrees in Nuapada.

Cyclone Asani will not make landfall on Odisha-AP coast

IMD on Saturday informed that the cyclonic storm brewing in the Bay of Bengal will not make landfall in either Odisha or Andhra Pradesh, but will move parallel to the coast.

The Met Office said that the system has turned into a deep depression over Southeast Bay of Bengal and the adjoining Andaman Sea, and is likely to intensify further into a cyclonic storm on Sunday morning.

Odisha Special Relief Commissioner PK Jena said that the low pressure has converted into a depression located almost 1,300 km from southeast of Puri moving in northwest direction and will be a depression by May 10.

Owing to Cyclone Asani, Andhra Pradesh will witness light to moderate rain or thundershowers with lightning over the coastal districts on Sunday and Monday.

Additionally, West Bengal will also receive heavy rainfall along with thunderstorms over the districts of Gangetic West Bengal between May 10 and 13 in view of the likely formation of the cyclonic storm.

Odisha Special Relief Commissioner PK Jena on Saturday said that rainfall is expected in Gajapati, Ganjam and Puri in Odisha on May 10 and 11.