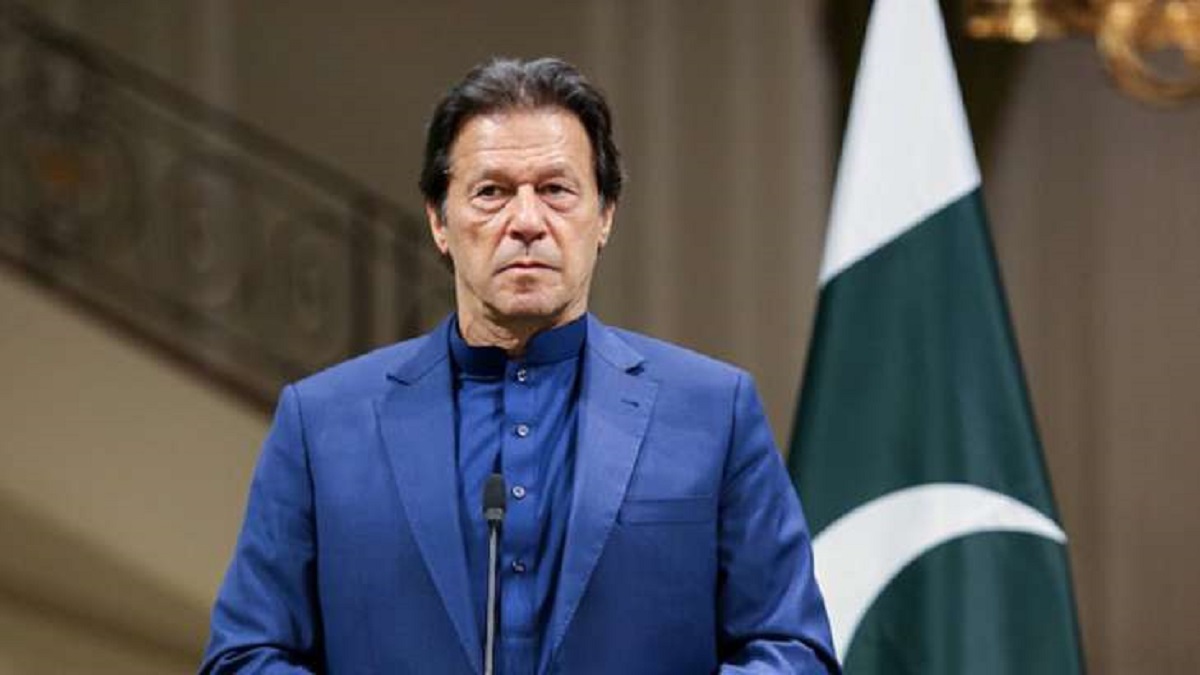 Pakistan’s ousted Prime Minister Imran Khan has asked the powerful establishment to refrain from ‘political engineering’ in the general elections later this year as he asserted that his party is the only party that can pull the cash-strapped country out of the current economic quagmire. Addressing the Pakistan Tehreek-e-Insaf (PTI) party’s women convention in Karachi via video link from his Zaman Park residence in Lahore on Sunday, the cricketer-turned-politician once again blamed former Army chief Gen (retd) Qamar Javed Bajwa for his ouster as well as the current political and economic crisis facing Pakistan.

Khan expressed fear that political engineering would be carried out in the next general elections to weaken his party and urged the powerful establishment to refrain from making such a mistake. “The military establishment has not learned anything from its past mistakes as political engineering is being carried out to hurt my party for the future elections,” he claimed.

He alleged that the military establishment was involved in efforts to unite different factions of the Muttahida Qaumi Move­ment (MQM) in Karachi and sending the Balochistan Awami Party (BAP) leaders from south Punjab into the Pak­istan Peoples Party (PPP) because it feared the political strength of his party. The 70-year-old politician also accused the establishment of making efforts to bring the Pakistan Muslim League-Nawaz (PML-N) to power in Punjab province.

“Our establishment has already done so much damage to the country… but still it is not ready to learn anything from the past,” said Khan, who had so far observed caution regarding new army chief Gen Asim Munir and his policies. He had rather hoped that the military under Gen Munir would remain neutral. Continuing his tirade against Gen (retd.) Bajwa, Khan said the former military chief was “responsible for the crisis in the country”.

“This man pushed Pakistan into crisis. I had told him (before the ouster of my government in April last) that weakening the PTI government would not be in the interest of the country. Bajwa ruined Pakistan’s political and economic gains,” Khan said, adding that only free and fair elections could steer the country out of the crisis. Khan had been at loggerheads with Bajwa ever since his ouster from power in April by a no-confidence motion.

Last month, Khan accused Bajwa of playing a ‘double game’ against his government and said that he committed a ‘big mistake’ by extending the tenure of then military chief in 2019. Gen Bajwa, 61, retired on November 29 after getting a three-year extension in 2019 by the then Prime Minister Khan, who turned out to be the biggest critic of the Pakistan Army. The powerful Army, which has ruled the coup-prone country for more than half of its 75 plus years of existence, has hitherto wielded considerable power in the matters of security and foreign policy.

Khan is the only Pakistani Prime Minister to be ousted in a no-confidence vote in Parliament. He had alleged that the no-confidence vote was part of a US-led conspiracy targeting him because of his independent foreign policy decisions on Russia, China, and Afghanistan. The US has denied the allegations.