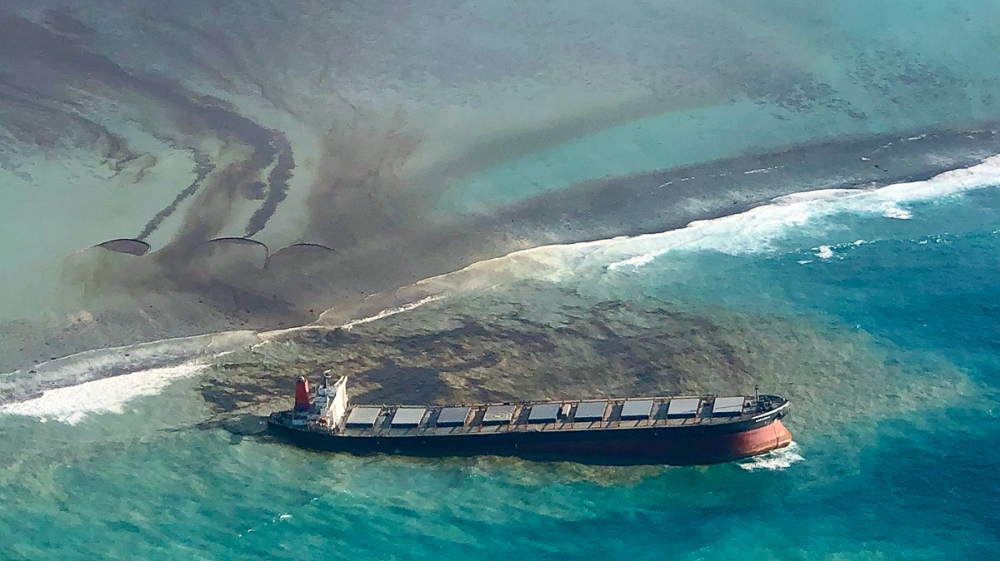 Fuel spilling from a Japanese bulk carrier that ran aground on a reef in Mauritius two weeks ago is creating an ecological disaster, endangering corals, fish and other marine life around the Indian Ocean island, officials and environmentalists say.

The MV Wakashio, owned by the Nagashiki Shipping Company, struck the reef on Mauritius’s southeast coast on July 25.

On Thursday, the government said fuel was leaking from a crack in the vessel’s hull, and Prime Minister Pravind Kumar Jugnauth declared a state of environmental emergency, pleading for international help.

Environmental group Greenpeace said the spill was to likely to be one of the worst ecological crises Mauritius has ever seen.

“Thousands of species around the pristine lagoons of Blue Bay, Pointe d’Esny and Mahebourg are at risk of drowning in a sea of pollution, with dire consequences for Mauritius’s economy, food security and health,” Greenpeace said in a statement.

Nagashiki Shipping Company said it had tried to free the tanker, but the effort was hampered by persistent bad weather.

The tanker is grounded in what the environment ministry has described as a sensitive zone, with the leaking fuel endangering the diverse marine life that attracts tourists from around the world.

Mauritius, famous for its pristine beaches, is popular with tourists who last year contributed 63 billion Mauritius rupees ($1.6bn) to the economy.