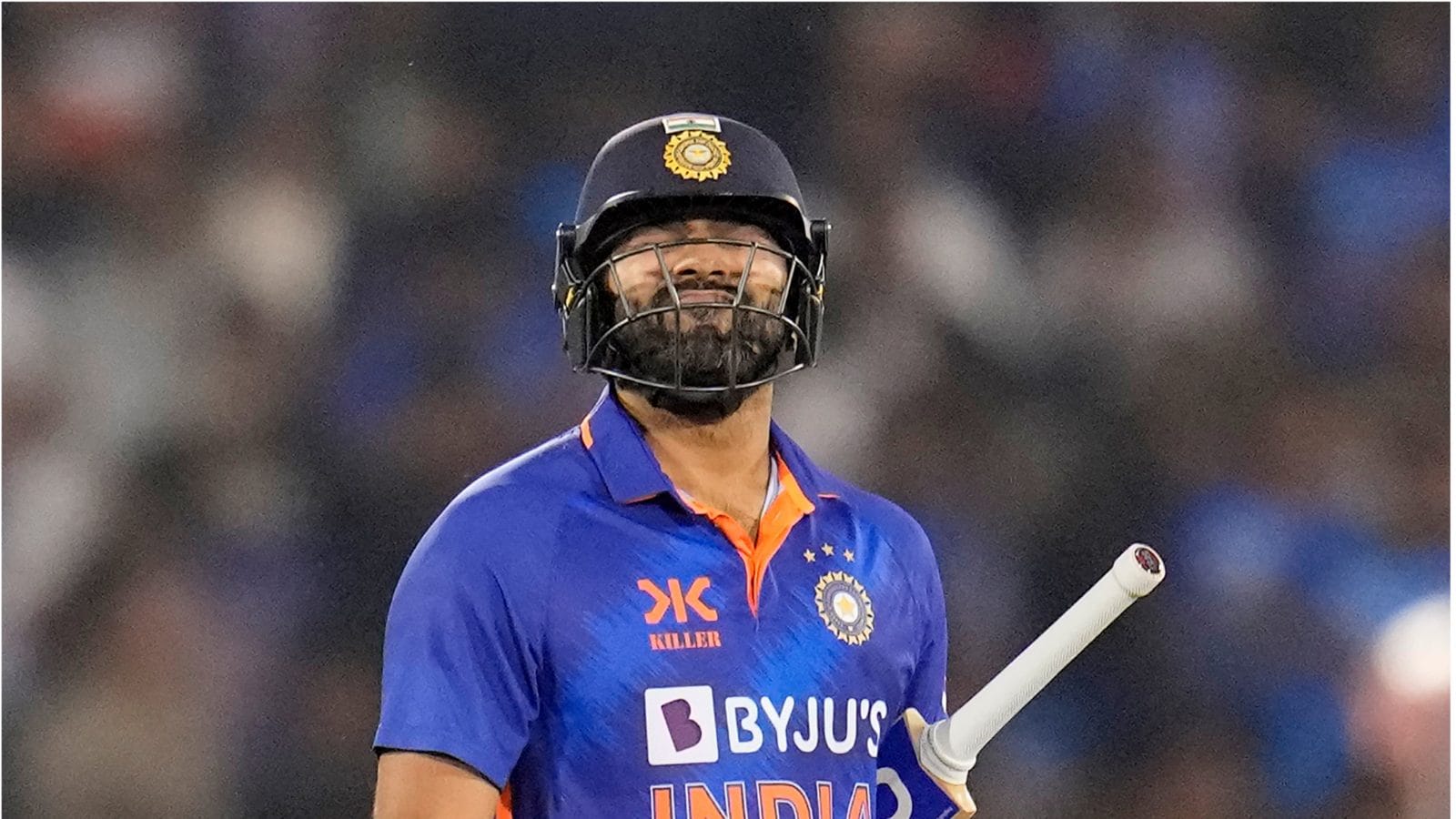 Rohit Sharma said that he is satisfied with his batting and knew a big score is around the corner for him.

Team India captain Rohit Sharma suggested that he is not too much worried about his century drought in ODIs. The swashbuckling opener has been scoring half-centuries consistently but his conversation rate dipped drastically in recent times. His last ODI century came way back in January 2020.

In the second ODI, Rohit slammed the bowlers all around the park to help India register an 8-wicket win over New Zealand in just 20.1 overs. He made a mockery of the 109-run target with his 51-run knock which was laced with 7 fours and two sixes.

Rohit said that he is satisfied with his batting and knew a big score is around the corner for him.

The 35-year-old said that the Indian bowlers have been in terrific form and have risen to the occasion in recent matches. He was highly impressed with their performances with the new ball to trouble the opposition batters.

“The last five games, bowlers have really stepped up. Whatever we have asked of them, they have stepped up and delivered. You don’t usually see this type of seam movement in India, you generally see it outside India. These guys have some serious skills, they work really hard and it’s great to see them being rewarded,” Rohit added.

Also Read | IND vs NZ: ‘Getting Used to Bowling in ODIs Again, Body Feeling Better With Every Match’ – Hardik Pandya

Rohit also revealed why he took the call of opting to field first in Raipur and said after posting a mammoth score in the series opener, they want to challenge themselves on Saturday.

“We trained yesterday and the ball was nipping around under lights. We knew that if they had 250 or so, it might have been challenging for us but that was the point of opting to chase. We batted first last game, so the idea was to challenge ourselves. Not sure what I’ll do at Indore (in the final game). The confidence is high within the group and that’s great to see,” Rohit asserted.

The Indian skipper further said that Siraj and Shami wanted to bowl the long spells but he took the call to manage their workload ahead of the Test series against Australia.

“They (Shami and Siraj) were raring to keep bowling long spells but I reminded them that there is a Test series coming up as well (Australia at home), so we need to take care of themselves as well,” he added.