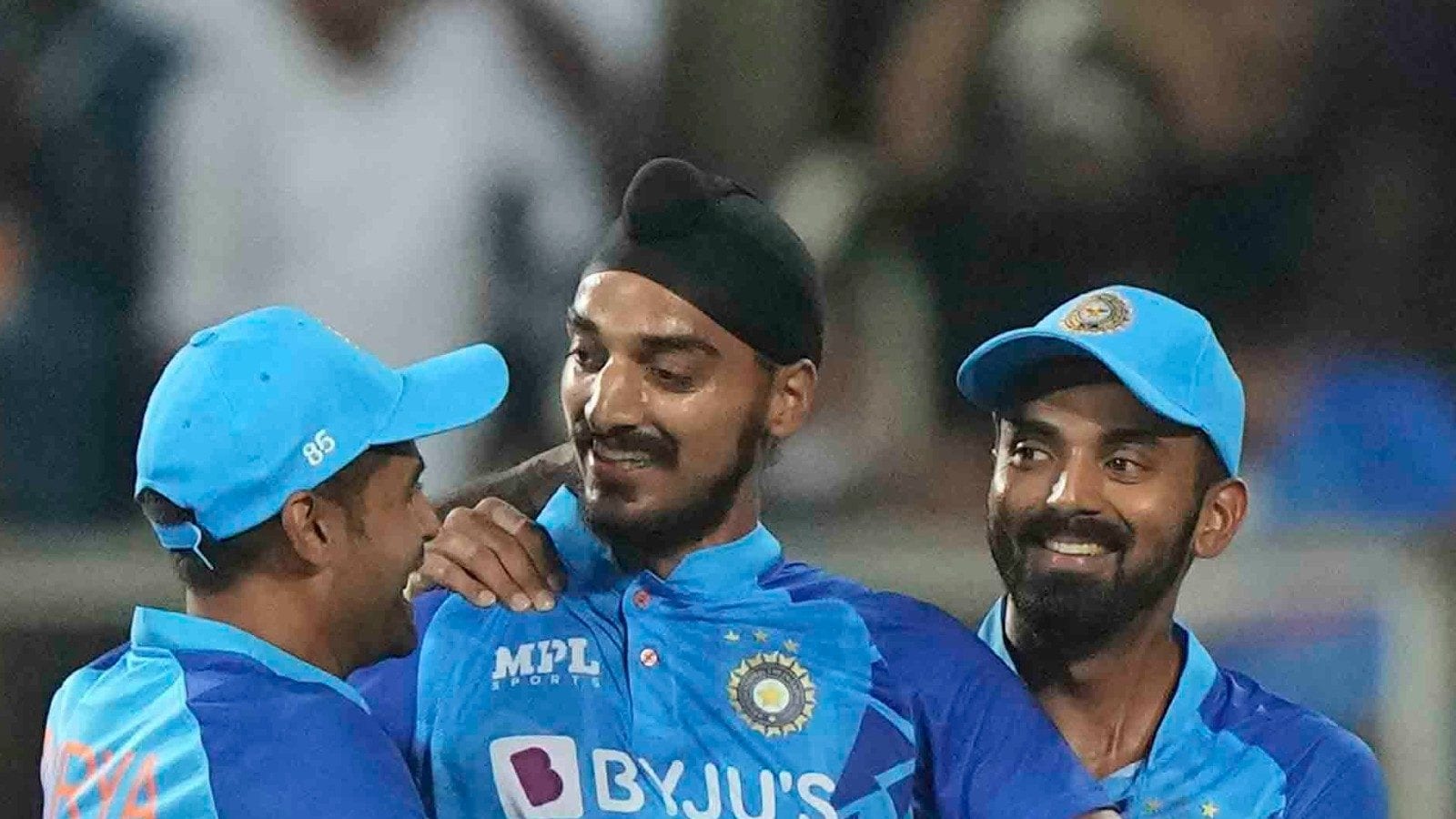 India started the home series against touring South Africa with a statement victory in the opening T20I match in Thiruvananthapuram, Kerala with 8 wickets to spare on Wednesday.

India won the toss in the series opener and opted to bowl first and the choice ended up proving dividends as the Indian bowling attack wreaked havoc on the South African top-order batsmen.

The host scalped five wickets in the first fifteen deliveries of the game in an unbelievable opening couple of minutes.

Arshdeep Singh and Deepak Chahar hit the ground running as they had the visitors praying for mercy with the score at 9-5 midway through the third over.

Arshdeep found some phenomenal swing to get rid of Rilee Rossouw and David Miller for duck after scalping left-handed opener, Quinton de Kock.

The Indian seamer was beating the Proteas in the air as he dismissed Rossouw with an outswinger that the batsman nicked to be caught behind. If that was impressive, Arshdeep outdid himself with his dismissal of Miller. The Indian quick castled the attacking South African player with a peach of the delivery that moved in the air into the wicket.

Aiden Markram and Wayne Parnell put up a stand as the touring side managed to get the scoreboard to 30-5 at the end of the powerplay. This is the third time South Africa have lost five wickets in the powerplay.

Harshal Patel jumped in on the action when he took the wicket of Markram (25) as he caught him plump in front. The decision wasn’t given right away as a successful review helped India’s cause in this instance.

Wayne Parnell was net to go after scoring 24 off 37 deliveries before he fell prey to Axar Patel.

Harshal ended Keshav Maharaj’s stand of 41 runs off 35 balls that helped South Africa post a total of 106 for the loss of 8 wickets at the end of 20 overs.

The Indian innings got off to a shaky start as the hosts lost the prized wickets of skipper Rohit Sharma and Virat Kohli cheaply. But, KL Rahul and two-down batsman Suryakumar Yadav stabilised the innings.

Once the two batsmen had settled down, the South African bowlers couldn’t break their defences as they helped India cruise to victory, with both batsmen crossing the half-century mark.

Yadav continued his fine touch with yet another performance supported well by Rahul as India achieved the target with eight wickets remaining and took the advantage in the series against the Proteas.

‘Pathetic Batting, Energy Levels Not up to the Mark’: Ex-Pak Cricketer Slams Hardik & Co for Poor Show in Ranchi

‘When The competition is Very High, Such Things Can Happen’: India Allrounder Defends Under-fire Arshdeep Singh