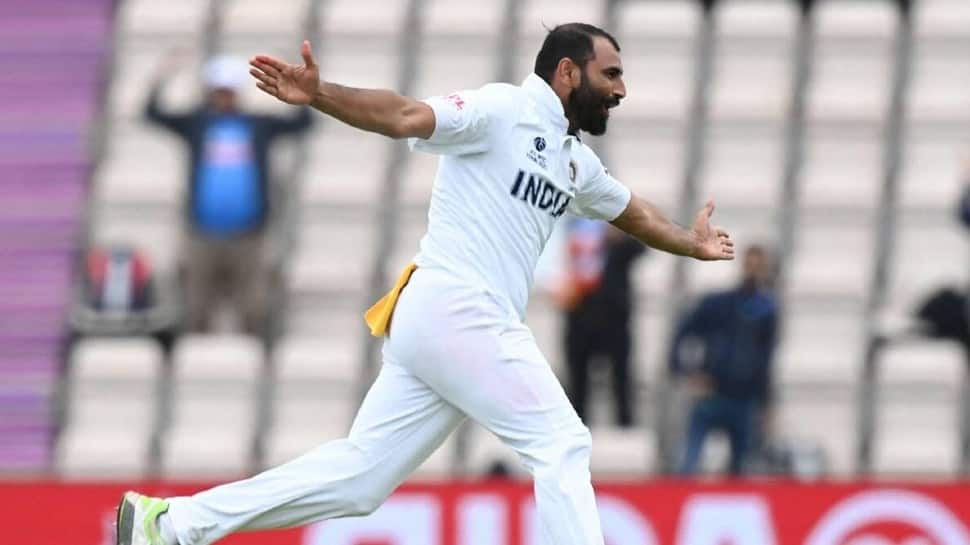 Mohammed Shami achieved the milestone of 200 Test wickets after removing Kagiso Rabada on Day 3 of the first Test against South Africa at the SuperSport Park in Centurion on Tuesday. The 31-year-old pacer is third-fastest among Indian pacers to reach the landmark, achieving it in his 55th Test match.

Rabada’s wicket was also Shami’s fifth of the innings. He is the 11th Indian bowler to pick up 200 or more wickets and only the fifth fast bowler to reach the milestone. Shami is only behind Kapil Dev (434), Ishant Sharma (311), Zaheer Khan (311), and Javagal Srinath (236), at the moment.

Displaying his superlative bowling, Shami celebrated the milestone by getting his 6th five-wicket haul in Tests. Shami ran through the South Africa top-order, getting the wickets of Keegan Petersen and Aiden Markram before returning to get a well-set Temba Bavuma.

A list of India pacers who took 200 or more wickets in Tests:

Talking about the match, Shami completed figures of 5-44 as hosts South Africa were bowled out for 197 on the third day, trailing India by 130 runs on the first innings score.

India reached 16 for one in their second innings at the close, a lead of 146 that already looks imposing for the home side on a Centurion Park wicket that will get harder to bat on.

First-innings centurion KL Rahul (five not out) and nightwatchman Shardul Thakur (four) will resume on the fourth day trying to quickly move to a score that allows India to declare and have enough time to bowl the home side out again.

Mayank Agarwal (four) was the only wicket to fall in India’s second innings as he edged debutant left-arm seamer Marco Jansen to wicketkeeper Quinton de Kock. Eighteen wickets fell on the third day after no play was possible on Monday due to rain.