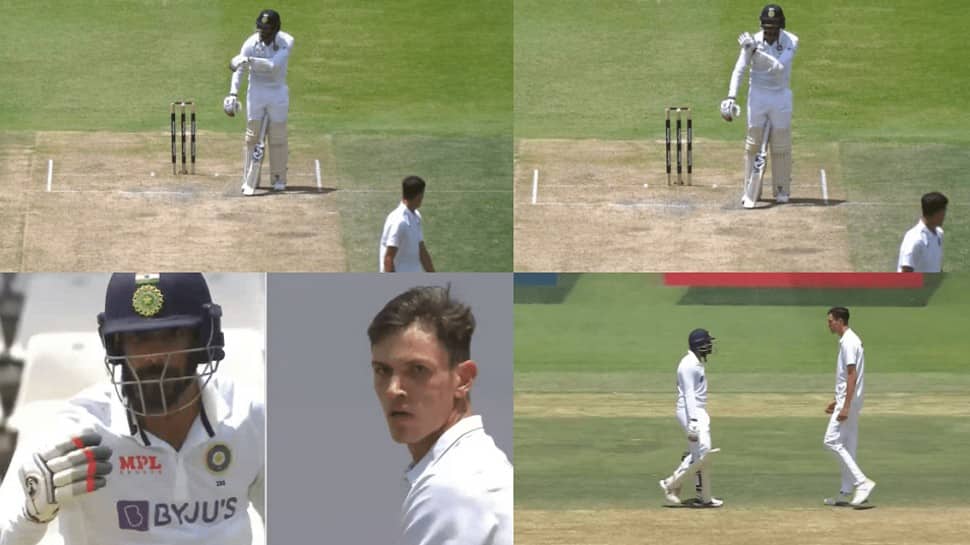 Team India speedster Jasprit Bumrah, who generally doesn’t lose his cool easily, showed his aggressive side as he was involved in a heated confrontation with South Africa’s Marco Jansen on Day 3 of the ongoing second Test match in Johannesburg.

The incident took place in the 54th over when Bumrah tried to pull a short delivery by Jansen but couldn’t connect properly as the ball went to point. After it, Jansen stared at Bumrah, who in return, stared the pacer back and start charging towards him. Both met at mid-pitch, and the situation got heated up as they let lose a barrage of words.

However, umpire Marais Erasmus was quick to rush down to the middle of the pitch and calm things down.

Here’s the video of the incident:

Talking about the match, South Africa have been set an imposing target of 240 to win the second test against India after bowling out the tourists for 266 in their second innings at the Wanderers on Wednesday.

India put on an aggressive batting performance despite a difficult wicket and are now in a strong position to go 2-0 up and claim a first ever series win in South Africa. Cheteshwar Pujara and Ajinkya Rahane picked up where they left off on Tuesday as they took it to the home bowling, adding 66 runs in the first hour, to the overnight score of 85-2.

Both scored half centuries and their 111-run partnership, plus a bludgeoning cameo after lunch from Shardul Thakur, who hit 28 off 24 balls, means a difficult target for the home side to chase as they seek to level the series after losing last week’s first test in Pretoria by 113 runs. An unbeaten 40 from Hanuma Vihari added to the frustration of South Africa, hoping to restrict India to a much lower score.

Lungi Ngidi (3-43) returned the best bowling figures for the home side.