Home Sport Cricket IND vs WI: In a First, All Ten Wickets Fall to Spinners... 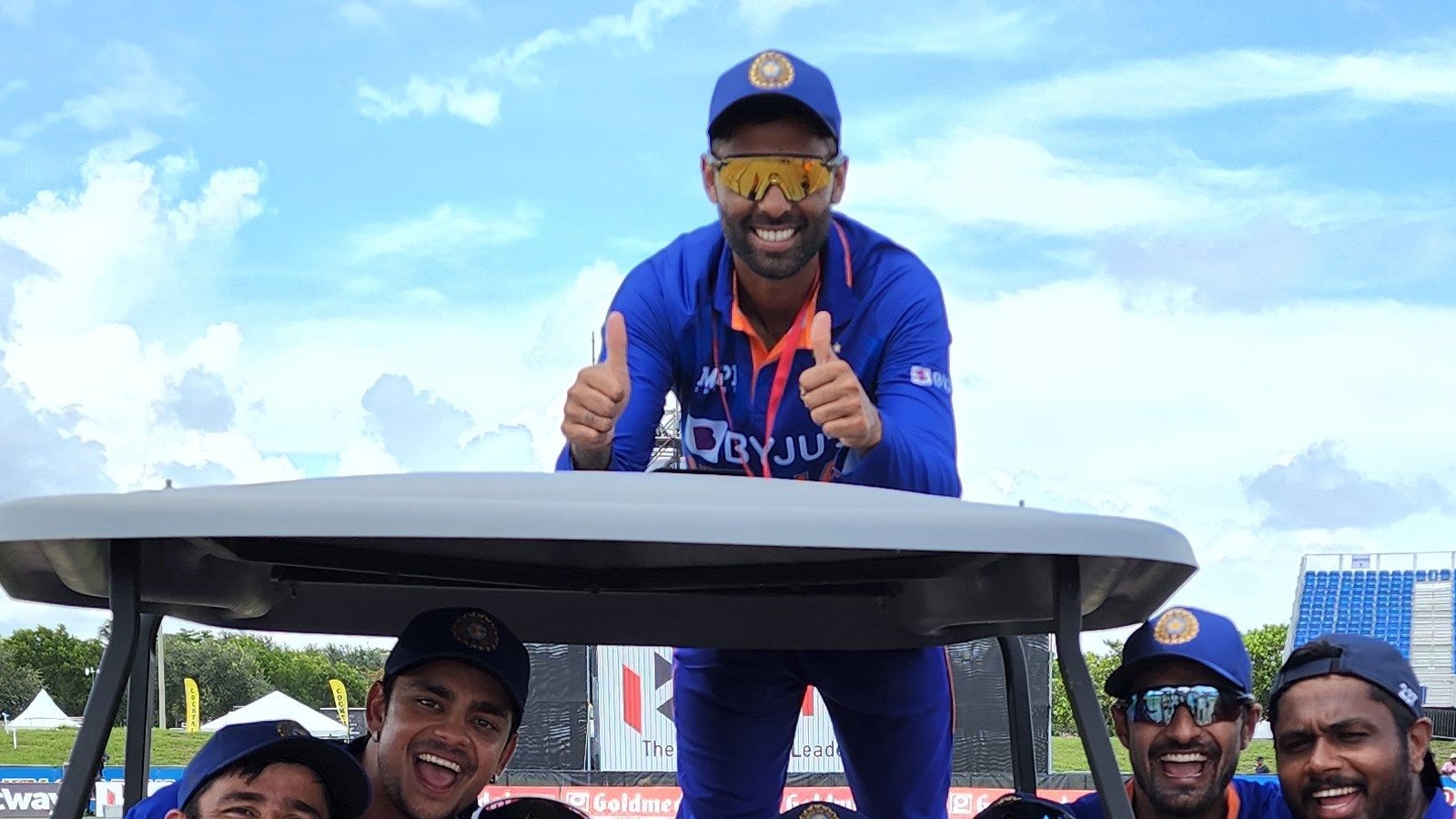 India beat West Indies by 88 runs as they sealed the five-match series 4-1 at Lauderhill, Florida. Indian spinners were into attack mode right from ball one as Axar Patel was brought on. It was an act of prompt captaincy from the new skipper Hardik Pandya who saw a new opener in Jason Holder. And the spinner took him to task, cleaning him around his legs.

Later, Shamarh Brooks and Devon Thomas were also removed by the left-arm spinner. Nonetheless, it was the start of something special as Indian spinners ruled the roost as the likes of Kuldeep Yadav and Ravi Bishnoi also joined in.

While Kuldeep went onto pick up three wickets, accounting for the likes of dangerman Nicholas Pooran, Odean Smith and Dominic Drakes, furthermore, Bishnoi also picked up four wickets quickly, accounting for dangerous looking Rovman Powell and Keemo Paul in the same over. He then came back and removed Shimron Hetmyer and Obed McCoy in no time off his second over.

With this, a new record was created in T20I cricket, where all ten wickets fell to the spinners.

Earlier Shreyas Iyer roared back to form with a stroke-filled 64 while the spinners picked up all the 10 wickets as India recorded yet another one-sided 88-run victory over West Indies to wrap up the five-match T20 International series by a comprehensive 4-1 margin here. It was Iyer’s half-century and useful contributions from Deepak Hooda (38 off 25 balls) and stand-in skipper Hardik Pandya’s (28 off 16 balls) cameo that propelled India to 188 for 7 in 20 overs after being put in to bat.

West Indies were all out for 100 runs inside 16 overs as one of the most lopsided T20I bilateral series came to an end even though India won’t be complaining having ticked most of the boxes. Once Kuldeep Yadav (4-1-12-3) caught rival skipper Nicholas Pooran (3) plumb in-front with a flighted delivery, there was no way that the West Indies could have made a comeback on a track which wasn’t easy for batting.