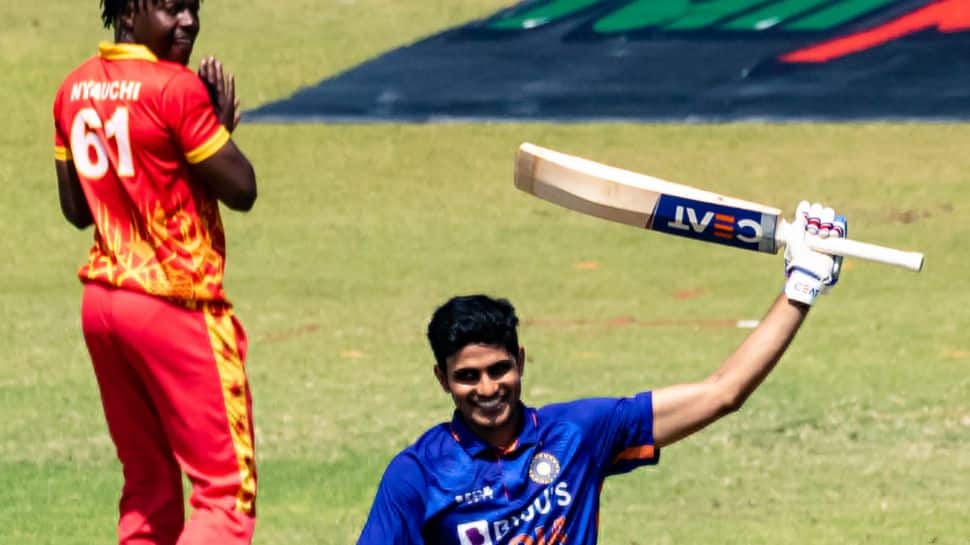 KL Rahul-led India outplayed Zimbabwe in all three departments of the game to register a 13-run victory at the Harare Sports Club here and clinched the three-match ODI series by 3-0 on Monday. Sikandar Raza‘s crucial knock of 115 runs went in vain as Zimbabwe failed to stop India from completing a 3-0 sweep. Chasing a target of 290, Zimbabwe got off to a decent start as their openers Takudzwanashe Kaitano and Innocent Kaia tried to play big shots. But the duo could not stand in front of the brilliant bowling of Deepak Chahar dismissed Kaia on 6 runs.

India edge ahead in a thrilling final ODI and take the series against Zimbabwe 3-0!

Takudzwanashe Kaitano was in red-hot form, smashing Indian bowlers for big shots but his innings were cut short as he walked off the ground due to injury. Tony Munyonga came in his place. Sean Williams and Munyonga developed a much-needed partnership for their team as they took their team’s total beyond the 50-run mark, Munyonga smashing two fours in the spell of Deepak Hooda. The blistering partnership could not stand long as Williams fell prey to Axar Patel’s spell after scoring 45 runs. Sikandar Raza then came to the crease. Raza started his stint on the pitch on an aggressive note as he smashed Indian bowlers all around the ground.

Ryan Burl then was sent back to the hut by Kuldeep Yadav after scoring 8 runs. Luke Jongwe joined Raza as he tried to anchor a partnership to keep the momentum going in his team’s favour. Jongwe teh fell prey to Kuldeep Yadav’s spell after scoring 14 runs in 13 deliveries. While hammering Men in Blue Raza brought up his half-century in 61 deliveries. Raza in red-hot form smashed Shardul Thakur in the 39th over to gather 20 runs in six deliveries. Brad Evans and Raza notched up the partnership of fifty runs while taking their team a step closer to the win. After the 44 over the equation went down to 64 runs needed in 42 balls.

Raza then went ahead to slam a century against India in 88 delivery. Zimbabwe suffered a big blow Shardul Thakur dismissed Raza after scoring 115 runs in 95 balls. In the last over Avesh Khan departed Victor Nyauchi to help India capture the three-match ODI series by 3-0 with 13 run victory over the host.

Earlier, a superb maiden hundred by batter Shubman Gill and a half-century by Ishan Kishan powered India to 289/8 at the end of their 50 overs. The day was extremely memorable for the Indian batters as they smashed Zimbabwe all over the park, Gill (130) and Kishan (50) in particular. Brad Evans (5/54) got his maiden five-wicket haul and all the big stars under his kitty, but there were not much positives for Zimbabwe other than that they could restrict India to a below-300 total.

Electing to bat first, India was off to a solid start. Openers KL Rahul and Shikhar Dhawan rotated the strike really well, going big only occasionally. Dhawan was more aggressive of two as he got some neat hit crossing the fence for a four. Rahul focused mainly on strike rotation and giving himself some game time.

At the end of 10 overs, India was at 41/0 with Dhawan (25*) and Rahul (12*) at the crease. Zimbabwe had a slight edge over India in the next ten overs as India’s run-making was not really fast. The duo crossed the fifty-run stand in 74 balls. The 63-run stand between the duo was broken after Brad Evans’s delivery edged Rahul’s bat and went shattering his stumps. KL’s stay ended in 45-ball 30 runs, with only one four and six, not exactly a stay he was hoping for.

Though Gill and Dhawan kept the scoreboard ticking for a while, their stand lasted only 21 runs. Evans got his second wicket in the match as a leading edge off Dhawan’s bat was caught by Sean Williams at the cover region. Dhawan was back in the hut after a 68-ball 40. Ishan Kishan was next up on the crease. An amazing drive by Kishan on the first ball of the 25th overtook India past the 100-run mark.

Gill and Kishan continued to pile up runs, bringing up their 50-run stand and reached the 150-run mark in 35 overs. Gill was looking in fine touch and brought up his half-century in 51 balls, his fourth in ODIs. The duo also brought up their hundred-run stand in 99 balls. The duo’s assault did not end even after that as they kept scoring runs. Kishan brought up his second half-century in ODIs off 61 balls. Ishan Kishan was run out in the 43rd over for 50 off 61 balls. The new batter Deepak Hooda was also dismissed for one of three balls by Evans, who struck for the third time in the innings. Gill brought up his maiden hundred in 82 balls.

Sanju Samson was the next up on crease. He could score only 15 runs off 13 balls before Luke Jongwe cleared him. At this point, half of the side was back in the hut for 256 runs. Gill kept going and his next partner was Axar Patel, who could not last long either as he was dismissed by Victor Nyauchi for just 1. Gill departed for a well-made 130 off 97 balls and it was Evans who got his wicket after he was caught by Innocent Kaia at long-off. Evans got his fifth wicket of the day after Shardul Thakur was caught by Nyuachi for 9 at mid-off. At the end of 50 overs, India finished at 289/8 with Deepak Chahar (1*) and Kuldeep Yadav (2*). Brad Evans was the best bowler for the hosts for the day, taking 5/54. Jongwe and Nyauchi got one wicket each.