Home Lifestyle Independence Day 2022: Imperial Countries Who Ruled Parts Of India Other Than... 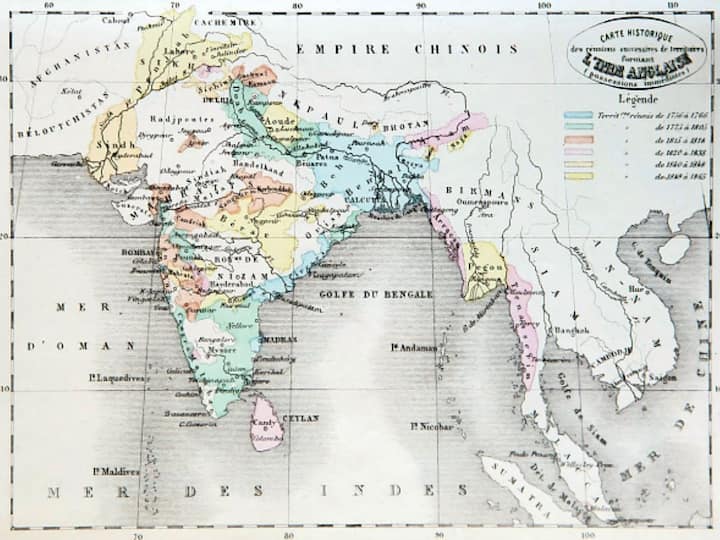 Medieval India drew a lot of attention from invaders and western imperial nations because of the natural riches, high-quality cotton and silk it produced. Indian spices like cinnamon, cardamom, cloves, and pepper found a large market in Europe. With the development of the Portuguese commerce hub at Quilon (Kollam), it is believed that the colonial era in India began.

India has a history of being an attraction to foreign invaders; here are the countries mentioned below have once established a colony in India and its several parts;

The first Portuguese to land in India was Vasco De Gama in 1498. However, the period of Portuguese rule in India is said to be between 1505 to 1961. Portuguese colonialism outlived its English counterpart, but unlike them had limited influence beyond the confines of their colonies.

Portuguese India was divided up into several separate territories: (1) Goa, with its capital in the middle of the country’s west coast; (2) Damo, or Daman, with the divided territories of Dadrá and Nagar Haveli, north of Mumbai (formerly Bombay), and situated between the Indian states of Maharashtra and Gujarat; and (3) Diu, with Pani Kota Island on the Kathiawar Peninsula’s southern coast in Gujarat state.

Dutch: Dutch India consisted of the settlements and trading posts of the Dutch East India Company on the Indian subcontinent. It is only used as a geographical definition, as there was never a political authority ruling all of Dutch India. During the days when the Dutch were commercially active in India, they operated several mints, at Cochin, Masulipatnam, Nagapatam (or Negapatam), Pondicherry (for the five years 1693-98 when the Dutch had gained control from the French), and Pulicat.

French: French India was made up of five physically distinct enclaves on the Indian Subcontinent that were formerly the French East India Company’s factories. In 1950 and 1954, they were effectively merged into the Republic of India. In India, the French first arrived in 1673. The Mughal Governor of Bengal sold Chandernagore to the French. The Sultan of Bijapur sold Pondicherry to them the next year. Both developed into French in India’s commercial hubs.

The former French colonies of Puducherry, Karaikal, Mahe, and Yanam make up the Union Territory of Puducherry. Tamil Nadu surrounds the areas of Puducherry and Karaikal, whereas Kerala and Andhra Pradesh border the states of Mahe and Yanam, respectively.

Danish: While Pondicherry is widely hailed as a slice of France in India, Tranquebar, with its rich Danish heritage, sits quietly out of the limelight. On the edge of the Bay of Bengal in South India is a town whose name in the local language sounds as mellifluous as its meaning: Tharangambadi, or “land of the singing waves”

Sweden: Although they did not establish any long-term colonies in India, the Swedish East India Company did briefly own a plant in Porto Novo (today Parangipettai, Tamil Nadu). A month after it was built, French and British forces destroyed the fort.

Austria: Three consecutive attempts by the Habsburg monarchy, and later the Austrian Empire, to colonise and inhabit the Nicobar Islands made up the Austrian colonisation of those territories. Only the initial attempt, made in 1778, was a success. Due to earlier British colonisation in 1868, the second attempt was abandoned, and the third, in 1886, was also abandoned. The Danish had previously occupied the Nicobar Islands in 1756. After several malaria outbreaks, the Danes withdrew, but they kept a nominal claim to the islands up until 1848.