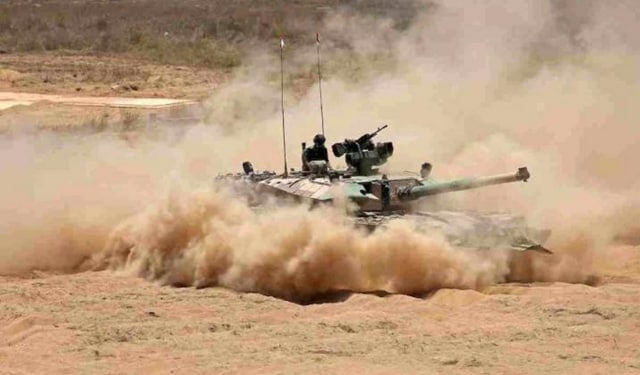 New Delhi: With the weaknesses of Russia’s tanks being exposed during the ongoing war with Ukraine, the Indian Army has decided to upgrade the Russian armour in its inventory.

The latest move by the Indian Army to improve the firepower and overall performance of its fleet of Russian tanks involves a unique improvisation that has produced a hybrid of two iconic tanks – the T-72 and the T-90.

This is expected to provide the Russian tanks in the Indian Army a better chance to survive the battlefields of modern day warfare. This is especially important given the not too impressive performance of Russian tanks during the invasion of Ukraine.

The T-72 tanks have not only underperformed during the ongoing Russia-Ukraine war, but have also prompted the Russians to develop the latest T-90M variant of the T-90 in an effort to create a decisive impact in the conflict.

The Indian Army, meanwhile, has created a unique hybrid tank by combining the main body of the T-72 tank with the turret of the T90 Bhishma.

This hybrid tank, which boasts more firepower than the original T-72, has also been reinforced with an Explosive Reactive Armour (ERA) originally developed by DRDO for the Arjun MBT.

This hybrid tank, which has been spotted while undergoing tests, is also equipped with Cannon-fired ATGMs.

This hybrid of the T-72 and T-90 tanks will be powered by the V92S2 high-power multifuel engine that boasts 1,000 hp and has been specifically designed for the T-90 MBT.

This hybrid tank is scheduled to be rolled out within the next few months and is expected to undergo desert trials for the first time this summer.