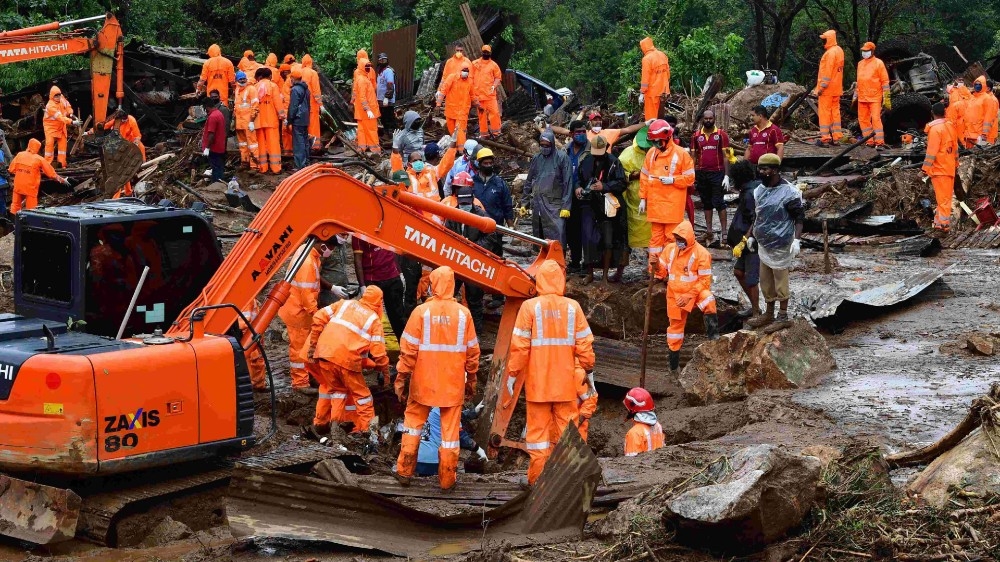 The death toll from a landslide at a tea plantation in the southern Indian state of Kerala rose to 43 on Sunday with nearly two dozen people feared trapped, a senior official said.

The landslide, caused by heavy rain, hit the plantation in Idduki district in the early hours of Friday when workers were still sleeping, officials said.

“We have stopped the rescue operation for the day because of the rain … The operation will continue till the last body is recovered,” Idduki district official H Dineshan told Reuters.

In 2018, Kerala was hit by the worst floods in a century. Hundreds were killed, many of them from Idukki, approximately 250km (155 miles) from Kerala state’s capital, Thiruvananthapuram.

On Friday, at least 18 people died when a passenger plane skidded off a hilltop runway after landing in heavy rain in Kerala’s Kozhikode city.

The Indian Meteorological Department forecast heavy rains and sounded a red alert on Sunday for Idukki along with Wayanad and Mallapuram, two other Kerala districts.

The monsoon across South Asia is critical to replenishing rivers and groundwater but also causes widespread death and destruction.

Across the country, at least 780 people have died in incidents related to monsoons between the end of May and last Thursday, the Home Ministry said.

More than 300 people have died in floods and landslides in eastern and northeastern India, Bangladesh and Nepal in recent weeks.