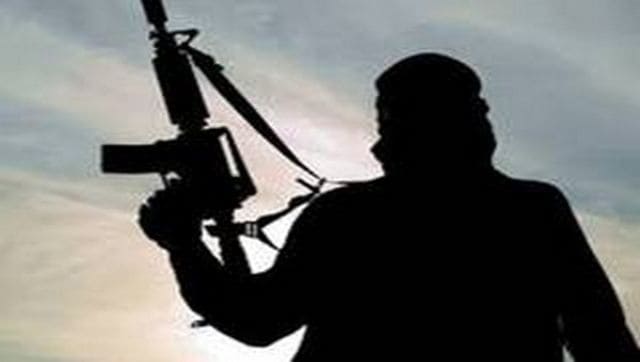 With each passing year, the economic and financial dynamics of terrorism have rapidly evolved and diversified. From offshore financial centres to cryptocurrency, crowdfunding to social media platforms, terror outfits have adapted and innovated with alarming efficiency to raise and manage their funds.

As India hosts the No Money for Terror summit, it’s evident that “following the money” is essential to counter terrorism.

There is nearly universal consensus that terrorist funding is poorly understood and therefore extremely difficult to control. Despite years of analysis and research, the amount of information on the channels of funding remains woefully inadequate.

The International Monetary Fund estimates that the amount of money laundered globally each year to be between 2 per cent and 5 per cent of the world’s GDP, which is $800 billion. Even if just a small proportion of these laundered funds are used to carry out terrorist activities, the damage can be enormous.

India has had to contend with terrorism in virtually every part of the country. SATP (South Asia Terrorism Portal) has listed 180 terrorist groups that have operated within India over the last 20 years, many of them co-listed as transnational terror networks operating in or from neighbouring countries such as Bangladesh, Nepal and Pakistan.

It goes to India’s credit that most of these threats have been curtailed. And an enormous squeeze has been enforced to ensure the terror funding tap goes dry.

India is very focused about the challenges faced by investigation agencies while probing terror financing crimes, the sharing of information among financial intelligence units, and recent trends in combating terror financing/money laundering risks.

The intensity of the reaction to different attacks cannot vary based on where it happens, Prime Minister Narendra Modi said, speaking at the ‘No Money for Terror’ (NMFT) Conference in Delhi where he said our country saw the “dark face of terror” long before the world took serious note of it.

The significant line here is even a single attack is one too many.

India is also honing in on the misuse of non-profit organisations and non-financial businesses and professions in terror financing, as well as terror financing through the Money Transfer Service Scheme and hawala networks.

The global flow of funds for nefarious purposes has three traditional channels:

But now, swift technological developments in areas of blockchain or cryptocurrencies which transcend national boundaries and international currency systems have emerged as a new channel for financing terrorist and other illegal activities.

At the UN Security Council’s Counter-Terrorism Committee meeting, the threat posed by terror funding through cryptocurrency and the use of the Internet by terrorist outfits were among the key concerns raised.

To elaborate upon the threat, NIA DG Dinkar Gupta said: “Social media platforms are being used to raise financing, funding or as crowdfunding platforms. We have evidence of this kind of thing happening.”

The NMFT started in 2018 as an initiative of the French government which had, in 1989, laid the foundation of the Financial Action Task Force (FATF) — the international body at the forefront of combating money laundering and terrorist financing.

The first edition was in France and the second was in Melbourne. India is hosting the third one. As of now, 72 foreign countries are participating, India will be the 73rd.

Apart from these, there are 15 multilateral international organisations such as Interpol, FATF, Europol and NGOs, which are stakeholders in the anti-terror-funding resolve.

Terror activities have declined in India in the last six to eight years, and there is a huge reduction in terror activities in all theatres of conflicts, be it Jammu and Kashmir, Punjab, the North East or the areas affected by Left Wing Extremism.

New channels through which terrorism may be financed were identified as “kidnapping for ransom” and “emerging technologies” such as digital and cryptocurrencies, stored value cards, online payment systems and crowdfunding platforms.

India has had some global issues. Given its experience of China blocking its push for sanctions against Pakistan-based terror groups and terrorists, it called for UN listings and FATF to not be politicised.

It also asked the international community to initiate discussion on ‘Countering Financing of Radicalisation (CFR)’, which would prevent radicalisation, an essential prerequisite of terrorism.

The first step in identifying and forestalling the flow of funds to terrorists is to understand the funding requirements of modern terrorist groups. Funds are required to promote militant ideology, pay operatives and their families, arrange for their travel, train new members, forge documents, pay bribes, acquire weapons and stage attacks.

Terrorists use a wide variety of methods to move money within and between organisations, including the financial sector, physical movement of cash by couriers, and movement of goods through the trade system.

Charities and alternative remittance systems have also been used to disguise terrorist movement of funds.

The FATF is the global money laundering and terrorist financing watchdog. It used the United Nations Security Council sanctions against terrorists and terrorist organisations to set up the process of UN designations.

As a result, Pakistan being placed on the FATF Grey List from 2018 to 2022 was its open defiance of those designations. Leaders of LeT and JeM roamed freely, conducting open rallies and funding campaigns on social media, with terror funds raised in the names of charities like JuD and FiF.

Only after the FATF’s grey listing did all these open terrorist activities stop and the terrorist infrastructure in Pakistan took a hit. Eight of the nine UN designated terrorists were arrested and convicted.

The IMF has also assumed a key role.

It looks at the impact of money laundering and financing of terrorism on its members’ economies. These include risks to the soundness and stability of financial institutions and financial systems, increased volatility of international capital flows, and a dampening effect on foreign direct investment.

Criminal activities like drug trafficking, smuggling, human trafficking, corruption and others tend to generate large amounts of profits for the individuals or groups carrying out the criminal act.

This is where “money laundering” comes in.

The primary goal of individuals or entities involved in the financing of terrorism is therefore not necessarily to conceal the sources of the money but to conceal both the financing and the nature of the financed activity, says an IMF report.

It is also increasingly important to understand the difference between terrorist organisations and extremist movements. Organisations are more likely to have a centralised financing structure with a variety of technologies being used to manage the money.

The Interpol also steps into this area by seeking to disrupt the flow of terrorist funding. It works closely with the FATF and The Egmont Group. The Egmont Group is a network of 159 financial intelligence units from around the world.

Back home, India’s problems lie primarily with its neighbours — Pakistan, Afghanistan and China. The need to keep up sustained pressure on them must come from agencies like the UN, FATF, Interpol, as also its own efforts to create better vigilance.

Taking a dig at Pakistan, the PM said certain countries support terrorists as part of their foreign policy.  “They offer political, ideological, and financial support to them,” he said, adding that cost must be imposed on such countries.

America learned a lot post the terror attacks triggered by Osama Bin Laden. To bring some perspective, it is believed that while it cost al-Qaeda just $500,000 to carry out the 9/11 attacks, it is estimated that the US economy took a hit of $3.3 trillion arising from the physical damage, insurance pay-outs and the subsequent “war on terror”.

As financial technologies evolve, so will terrorist financing techniques. And countering this activity effectively requires ongoing adaptation to new technologies and platforms. But this fight has no end. It would be an on-going process.

The author is CEO of nnis. Views expressed are personal.