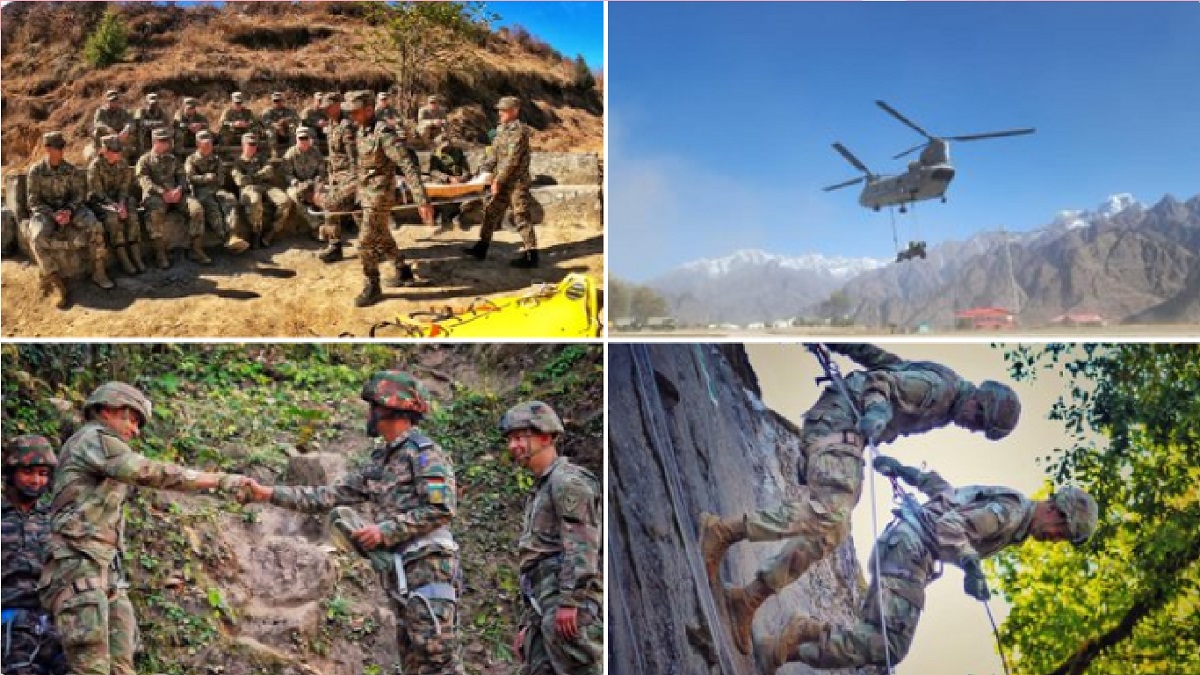 China on Wednesday opposed the 18th edition of the India-US joint military exercise- ‘Yudh Abhyas’ which is currently underway in Uttarakhand.

Chinese Foreign Ministry spokesman Zhao Lijian said Beijing opposed the joint Indo-US military exercises being held near the Line of Actual Control (LAC), asserting that it violates the spirit of the two border agreements signed between New Delhi and Beijing.

The India-US joint military exercise is currently underway in Uttarakhand, about 100 km from the Line of Actual Control (LAC). It aims to enhance interoperability and share expertise between both armies in peacekeeping and disaster relief operations. The nearly two-week exercise began earlier this month.

“China has expressed concerns to the Indian side over the military exercise,” he said in response to a question posed by a correspondent from Pakistan.

“The joint military exercise held by India and the US near the LAC violated the spirit of relevant agreements signed by China and India in 1993 and 1996 and does not help build bilateral trust,” Chinese Foreign Ministry spokesman Zhao Lijian told a media briefing here.

The Chinese Foreign Ministry’s reference to the 1993 and 1996 agreements is interesting as India termed the People’s Liberation Army’s (PLA) attempts to move a large number of troops to the disputed areas in the LAC in eastern Ladakh in May 2020 violated the bilateral agreements, which state that the boundary question is resolved through peaceful and friendly consultations.

The military exercise is conducted annually between India and the US with the aim of exchanging best practices, tactics, techniques and procedures between the armies of the two nations.


The aim of Joint Exercise is to enhance interoperability & share expertise between both the Armies in Peace Keeping & Disaster Relief Operations. #IndianArmy #IndiaUSFriendship,” the Indian Army tweeted on November 19.

The previous edition of the exercise was conducted at Joint Base Elmendorf Richardson, Alaska, the US in October 2021, officials said.

The Ministry of Defence here on November 15 had said that US Army soldiers of 2nd Brigade of the 11th Airborne Division and Indian Army soldiers from the Assam Regiment will be participating in the exercise.

Troops from both nations will practice launching swift and coordinated relief efforts in the wake of any natural calamity, the ministry said.

The exercise between the armies of India and the US will facilitate both armies to share their wide experiences, skills and enhance their techniques through information exchange.

In August, the Chinese military expressed similar concern over the India-US military exercises.

Since the June 2020 Galwan Valley clash between Chinese and Indian armies, bilateral ties between the two countries have taken a severe hit.

India has consistently maintained that peace and tranquility along the LAC are important to the overall development of bilateral relations with China.