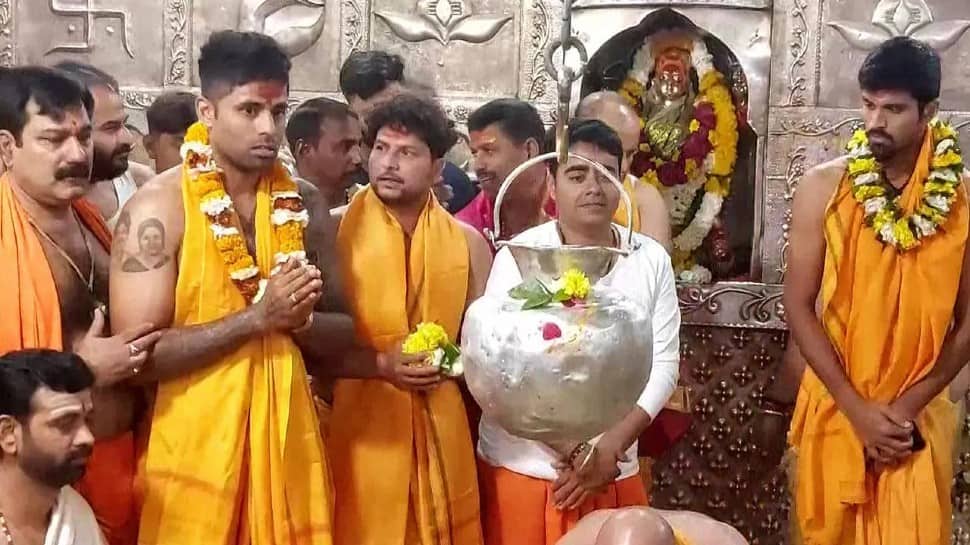 Team India will take on New Zealand in the third and final ODI at the Holkar Stadium in Indore on Tuesday (January 24). Ahead of the clash, the Indian cricket team members as well as umpires and officials visited the renowned Mahakaleshwar Temple in Ujjain on Monday (January 23) morning and attended the ‘Bhasma Aarti’.

Among those who took part in the morning ‘aarti’ and offered ‘jal’ (water) to the deity were Washington Sundar, Kuldeep Yadav and Suryakumar Yadav, temple priest Ashish Guru told news agency PTI.

Suryakumar said that they prayed to Mahakal for the speedy recovery of their teammate Rishabh Pant. The wicketkeeper-batsman was involved in a car crash on December 30 and suffered a number of serious injuries, however, he is making good progress with his recovery.

“We prayed for the speedy recovery of Rishabh Pant. His comeback is very important to us. We have already won the series against New Zealand, looking forward to the final match against them,” Suryakumar Yadav told ANI.

The players and the staff also participated in the ‘Bhasma Aarti’ of Lord Shiva that was performed in the early morning hours at the temple. The players wore traditional attire – dhoti and angavastram – while posing with the staff of the Indian cricket team.