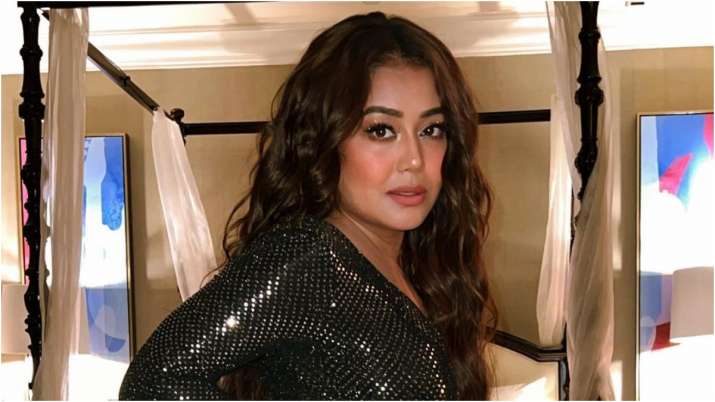 Indian Idol 13 is all set to air on Sony TV on Saturday. The fans of the singing reality show can catch it on the weekends at 8 PM. The promos of the show have hinted that it will be packed with amazing talent from around the country as they take the stage to become the ‘voice of India’. In one of the teaser videos that was shared ahead of the show launch, judge Neha Kakkar refused to be part of contestant Vineet Singh’s audition. Here’s what went down in the first audition round of the reality show.

In the audition round of Indian Idol 13, Neha Kakkar was judging alongside Himesh Reshammiya and Vishal Dadlani. As Vineet Singh came to the stage with his guitar, Neha wore an expression of surprise. She revealed that she knew Vinnet from one of the earlier reality shows.

Neha had a chat with Vineet. She said, “Usse pahle Vineet Singh aaya tha ek show par, aur wo us show ka star bana tha. To main to judge nahi kar sakti aapko (Vineet had gone on a show where he emerged to be the star of the show. So I can’t judge you).” This left co-judge Vishal Dadlani surprised. Vineet was also seen getting emotional, as Neha shared his story and their connection from before. Vineet, however, tried to convince her, saying, “Neha has come to this level with her hard work, I want her also to judge me.” She finally asked him to sing, saying, “Vineet, tu ga de (sing Vineet, sing).”

Netizens hailed Neha for her humility after watching the latest Indian Idol 13 promo. Reacting to the clip, one of the social media wrote, “Respect for Neha she’s amazing (sic).” Another one said, “Vineet is a well-established singer and composer who composes music for Himesh Reshammiya (sic).”

Neha too started her journey in showbiz by participating in the second season of Indian Idol before making it big as a playback singer. She is one of the most successful singers in the Hindi film industry at present.