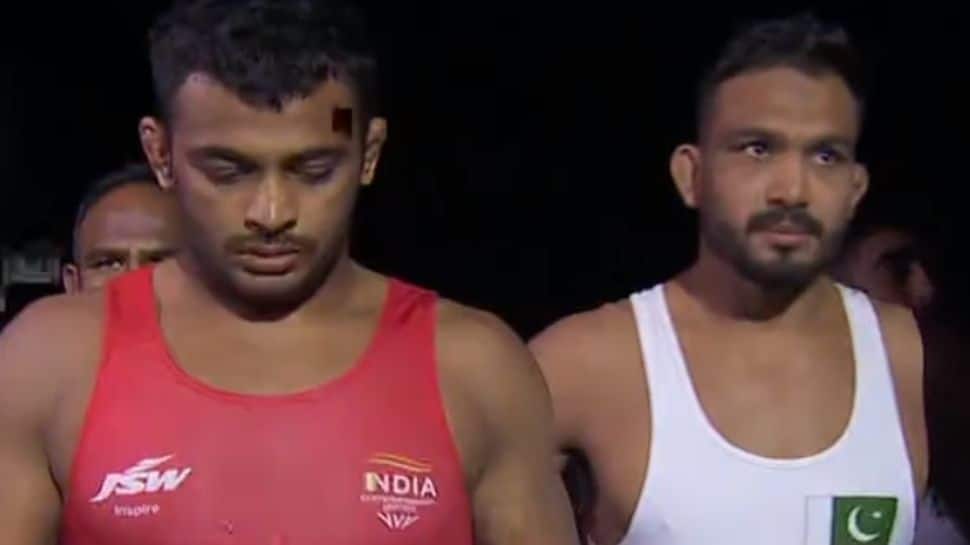 Indian wrestler Deepak Punia bags a gold medal in the 86 kg event, beating Pakistan’s Muhammad Inam in the final of Commonwealth Games 2022 in Birmingham on Friday. With this India bags third gold medal of the day. Earlier, Sakshi Malik and Bajarang Punia won gold. In the final Deepak thrashed Inam 3-0.

Punia’s Commonwealth Games 2022 campaign was off to a good start as he defeated Matthew Oxenham of New Zealand in his men’s freestyle 86 kg category match to enter the quarterfinal on Friday. Deepak was at his most dominant in this match which lasted for three minutes and 22 seconds. He crushed his New Zealand opponent by 10-0. Oxenham did not even get a chance to break free from Punia’s grip and walked away from the match without a point. Technical skill-wise, Deepak was just too good for Oxenham and this factor helped him win.

Naib Subedar Deepak Punia is an Indian freestyle wrestler and Junior Commissioned Officer (JCO) in the Indian Army who won a silver medal at the 2019 World Wrestling Championships in the freestyle 86 kg category and secured a place in the 2020 Summer Olympics. He was born in the Jhajjar district of Haryana. In Tokyo Olympic 2020, he narrowly lost the bronze medal match to M.N. Amine of San Marino. At the Wrestling World Championships, Deepak settled for Silver after pulling out of the 86 kg final due to an injury where he was due to face Hassan Yazdani of Iran.

● Training in Michigan University ahead of the Commonwealth Games facilitated by

Those Vetoed in 2015 Because of Criminal Cases Became Ministers Now, Says Prashant Kishor