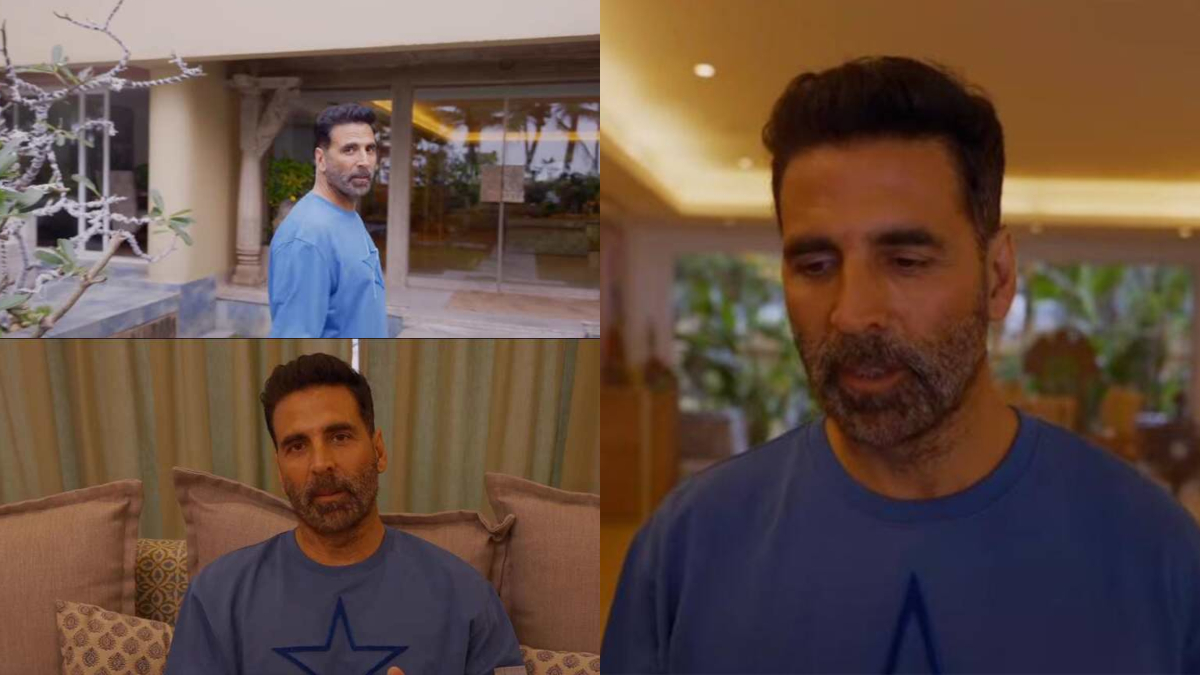 Inside Akshay Kumar‘s house: In a rare instance, Bollywood superstar Akshay Kumar gave fans a rare glimpse of his sprawling and luxurious house. He gave his Instagram followers a sneak peek into his house as he spoke about his upcoming apparel brand. In the video, the actor revealed that this is the first time that he is being interviewed at his home and before he has never used the space for promoting his professional work.

The video begins we Akshay standing in the middle of a sprawling lush garden. Behind him are big glass doors that serve as the entrance to the main house. Just beside the door is a beautiful statue of Lord Ganesha. As he steps inside, one gets to see the luxurious living room of the actor. The walls are adorned with exotic paintings, antiques and other decorative items. For the furniture, the actor has sofas in pastel shades and a glass center table. There’s a dining table on the rare end of the room. Akshay has also placed a statue of Hanuman Ji in the living room.

Crossing the living room, he shows the walk-in closet. The room has huge mirrors and a large bed. The actor has carefully placed a rack full of clothes from his upcoming brand Force IX. Take a look at Akshay Kumar’s house here.

On the work front, Akshay was recently seen in an action-adventure film ‘Ram Setu’ alongside Jacqueline Fernandez which got decent responses at the box office. He will be next seen in an upcoming entertainer film ‘Selfiee’ along with Emraan Hashmi and Diana Penty and in Aanand L Rai’s next ‘Gorkha’.

Akshay Kumar has also announced that he will be playing Chhatrapati Shivaji Maharaj in Mahesh Manjrekar’s upcoming film on the great Maratha warrior. The actor has commenced filming for his Marathi debut film “Vedat Marathe Veer Daudle Saat”.