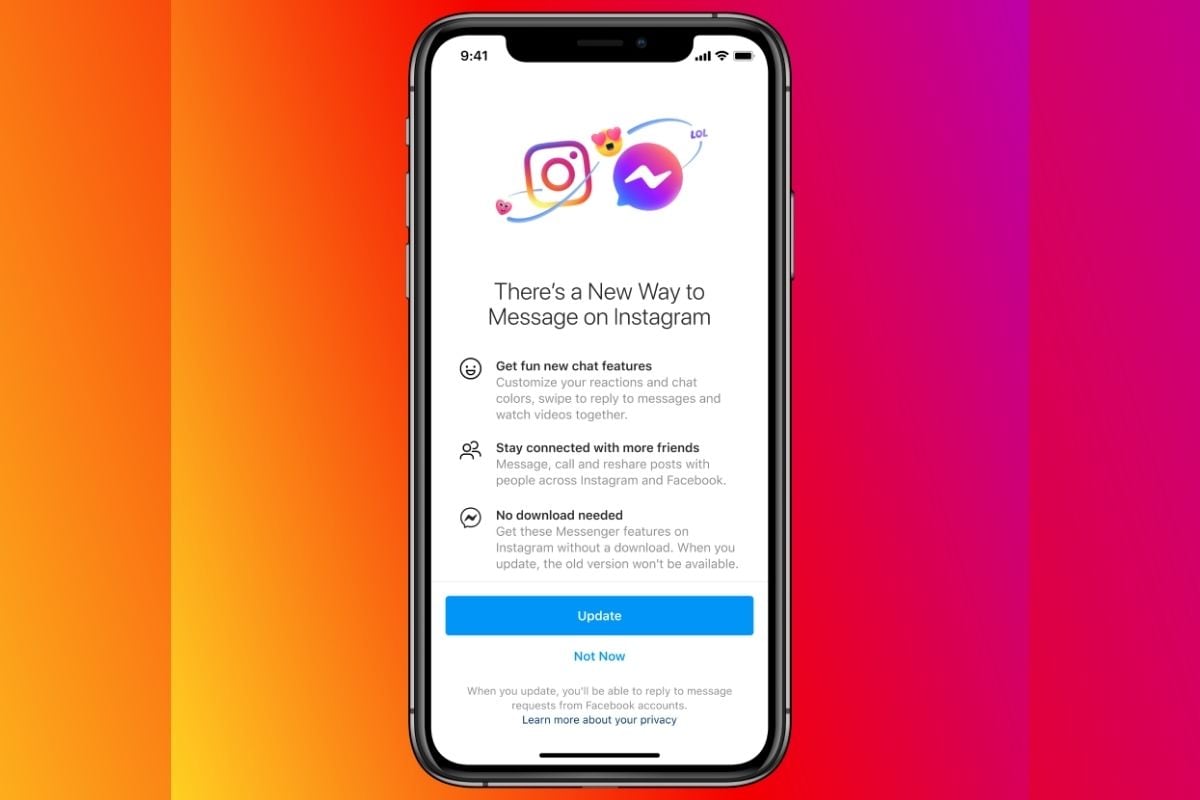 Facebook is merging Instagram direct messages (DM) with the Messenger app for users in India starting today. With the new feature, Instagram users can send messages to contacts on the Facebook Messenger without the leaving app and vice versa. The update is available on both Android and iOS versions of the apps and to use the cross-messaging feature, users will have to update either of the apps from the respective app stores.

To send messages to Messenger contacts from Instagram, Android and iOS users of Instagram will need to first update or download the latest version of the apps from Google Play Store (version 164.0.0.46.123) and Apple App Store (version 165.0), respectively. Similarly, to send messages from Messenger to Instagram contacts, users will need to download the latest app version 287.1 (Apple App Store) or version 287.0.022.120 (from the Google Play Store).

As expected, Instagram following update is getting most of the features and UI of the Messenger platform. New features on the platform’s DMs include change the colour of the chatbox, react with emojis, create selfie stickers, and more. Additionally, if users opt to sync profile during the initial setup, the Messenger app will take up the display picture and name from Instagram. However, the username on both platforms will remain the same. To start a chat with a contact on Messenger from Instagram, users will simply need to search the name of the user, and they would be guided either a Facebook or Instagram prompt. It will allow users to know whether the contact is from Messenger or Instagram. At the moment, it is unclear whether the end-to-end encryption on Messenger is getting compromised as Instagram is yet to introduce the encryption feature for DMs. Additionally, the update does not sync old chats to the new messaging platform.

If users opt for the cross-messaging feature, the DM icon at the top right corner of Instagram will get replaced with the Messenger icon. It is important to note that users can opt-out from the messages-merger feature by simply selecting “not now” during the initial setup. The update on Instagram and Messenger comes nearly a month after Facebook informed about its arrival. During the feature’s introduction, the social media giant had stated the company is exploring options to enhance users’ messaging experience, especially at a time when people are communicating in private spaces now more than ever.