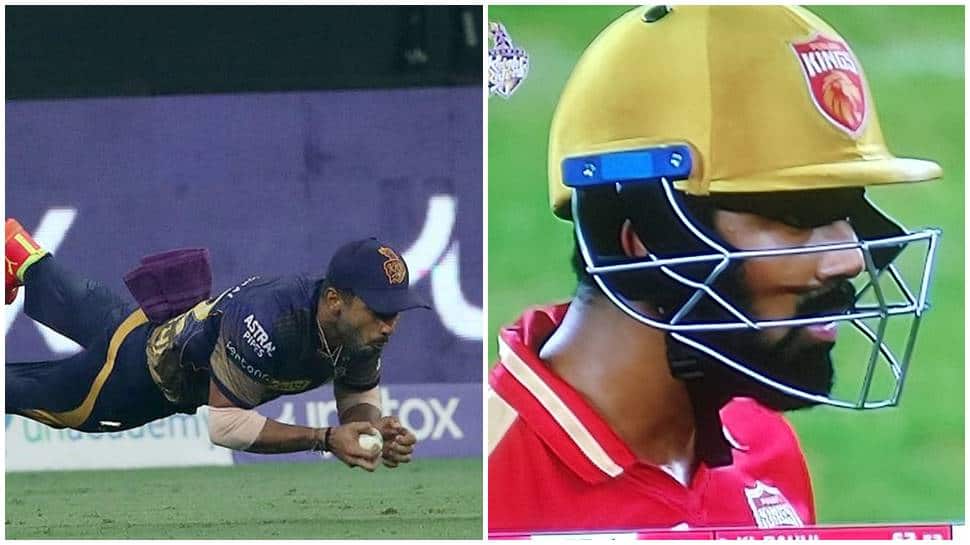 Kolkata Knight Riders endured a tough five-wicket defeat against Punjab Kings on Friday. Chasing a stiff 166, Punjab got off to a solid start but with 15 required in the final two overs the team got a lucky reprieve.

Their skipper KL Rahul, who at that moment was playing on 62 off 52 balls, struck the ball towards the deep mid-wicket region as Rahul Tripathi dived forward to complete a superb catch. However, after plenty of pondering the TV umpire ruled the decision against KKR, which prolonged KL’s stay in the middle as he hit another boundary before finally being removed by Venkatesh Iyer in the final over.

Soon after the conclusion of the match, members of the cricket fraternity and fans took to Twitter calling out the decision by the third umpire as incorrect. Former India women’s cricket captain Anjum Chopra and cricketer Abhinav Mukund questioned the decision and wrote:

That was a catch for me by Rahul Tripathi. #KKR #IPL2021 #KKRvPBKS

Meanwhile, the fans also took a dig against the third-umpire and posted hilarious memes slamming the decision. Here are a few reactions:

Fingers were under the ball clearly. If this is not out , umpire knows nothing about the cricket.#IPL2021 pic.twitter.com/37yyllxFqp

Even K L Rahul cannot believe it, he is given not out. pic.twitter.com/xcAf4HeHJf

Third umpiring leaving his room after giving Not Out to that catch pic.twitter.com/QlbSjZD60D

Punjab eventually completed the chase with three balls to spare and toppled defending champions Mumbai Indians on the points table. The team currently sit at the fifth position with 10 points from 12 matches.