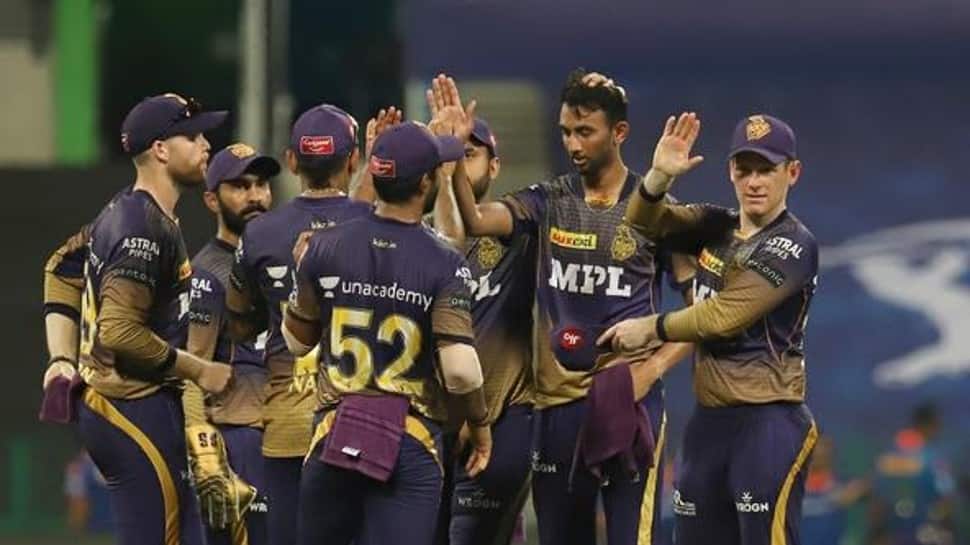 Kolkata Knight Riders have produced a superb show since the resumption of IPL 2021. The two-time champions have outplayed heavyweights Mumbai Indians and Royal Challengers Bangalore in their two games so far in UAE to put their campaign back on track and keep their play-offs hopes alive.

Meanwhile, KKR players indulged in a big ‘fight’ ahead of their clash against Chennai Super Kings (CSK) on Sunday (September 26).

Give the humidity and hot climatic conditions in UAE, KKR players took a little bit of a breather and hit the swimming pool. Interestingly, in one of the team bonding exercises of Kolkata Knight Riders, their squad members wrestled inside a pool. Shubman Gill, Andre Russell, Eoin Morgan, Shivam Mavi, and Kamlesh Nagarkoti were amongst the players involved in the duel and it was Windies swashbuckling batsman Russell, who emerged victorious due to his brute force.

The Kolkata-based franchise shared the video of the fun activity on their official Instagram account and captioned it, “Welcome to KKR FIGHT CLUB. Splash & Win – wrestle your way to victory.”

Watch: When Yuvraj Singh made a casteist slur against Yuzvendra Chahal to Rohit Sharma