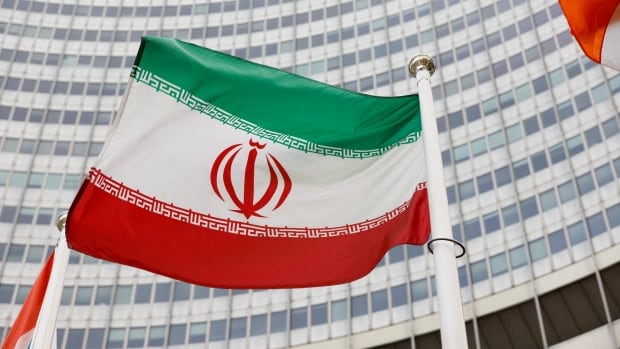 Iranian state television aired a video on Thursday in which two French citizens detained for “spying” in Iran in May appeared to confess to acting on behalf of a French security service, amid weeks of unrest that Tehran has linked to foreign foes.

France’s Foreign Ministry categorically denied that the two were members of the French intelligence services and accused Iran of the practices of the “worst dictatorial regimes” over the video confessions.

Iran’s intelligence ministry said in May it had arrested two Europeans for allegedly fomenting “insecurity” in Iran. France has condemned their arrest and demanded the immediate release of Cecile Kohler and her partner, Jacques Paris.

“I am Cecile Kohler, I am an intelligence and operations agent at the DGSE [Directorate General for External Security] … We were in Iran to prepare the ground for the revolution and the overthrow of the regime of Islamic Iran,” Kohler said in the video, while wearing a headscarf.

State TV said the two French citizens had entered Iran with “chunks of money … which was meant to fund strikes and demonstrations.”

“Our goal at the French security service is to pressure the government of Iran,” said Paris in the video.

In one of France’s toughest statements on Iran in years, French foreign ministry spokeswoman Anne-Claire Legendre said, “These alleged confessions extracted under duress have no basis, nor did the reasons given for their arbitrary arrest.”

The International Federation for Human Rights and London-based Justice for Iran said in a report in 2020 that Iranian state media has aired more than 355 forced confessions in the previous decade. Iranian officials reject such accusations.

The French couple’s appearance on TV coincides with weeks of anti-government protests in Iran over the death of 22-year-old Mahsa Amini in police custody last month.

The nationwide protests have received wide international support, prompting Tehran to lash out at its critics by accusing the United States and Israel of exploiting the unrest to try to destabilize the Islamic Republic.