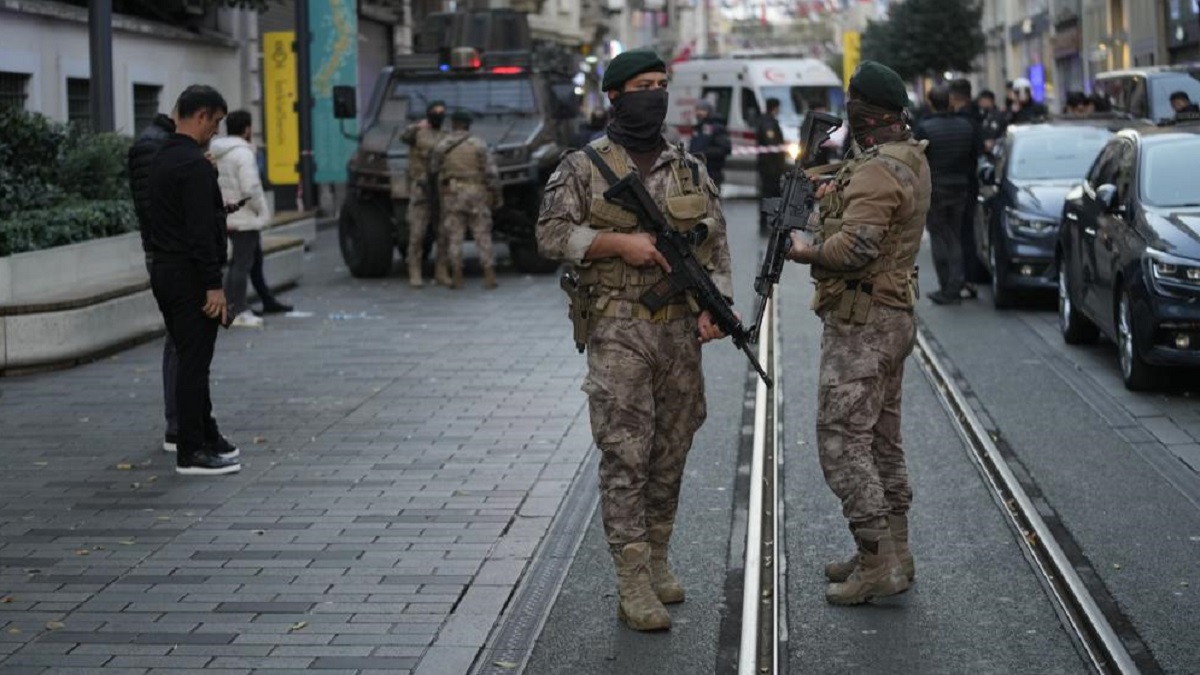 Istanbul: At least six people were killed, while 38 others were injured after an explosion rocked Istanbul’s popular pedestrian Istiklal Avenue on Sunday. The incident was confirmed by Turkish media.

Istanbul Governor Ali Yerlikaya tweeted that the explosion occurred at about 4:20 pm (1320 GMT) and that there were deaths and injuries.

The cause of the explosion was not clear.

A video posted online showed flames erupting and a loud bang, as pedestrians turned and ran away.

Other footage showed ambulances, fire trucks and police at the scene. Social media users said shops were shuttered and the avenue closed down.

The avenue is a crowded thoroughfare popular with tourists and locals, lined by shops and restaurants.

Turkey was hit by a string of bombings between 2015 and 2017 that left more than 500 civilians and security personnel dead.

Some of the attacks were perpetrated by the Islamic State group, while others were executed by Kurdish militants who have led a decadeslong insurgency against the Turkish state for increased autonomy or independence.

Turkey has been fighting the militants — known as the PKK and considered a terrorist organization by Turkey, the United States and the European Union — in the country’s southeast for years.

Following the string of attacks, Turkey launched cross-border military operations into Syria and northern Iraq against Kurdish militants, while also cracking down on Kurdish politicians, journalists and activists at home through broad terror laws that critics say are a way to silence dissent.

Turkey’s media watchdog imposed temporary restrictions on reporting on Sunday’s explosion — a move that bans the use of close-up videos and photos of the blast and its aftermath.

The Supreme Council of Radio and Television has imposed similar bans in the past, following attacks and accidents.