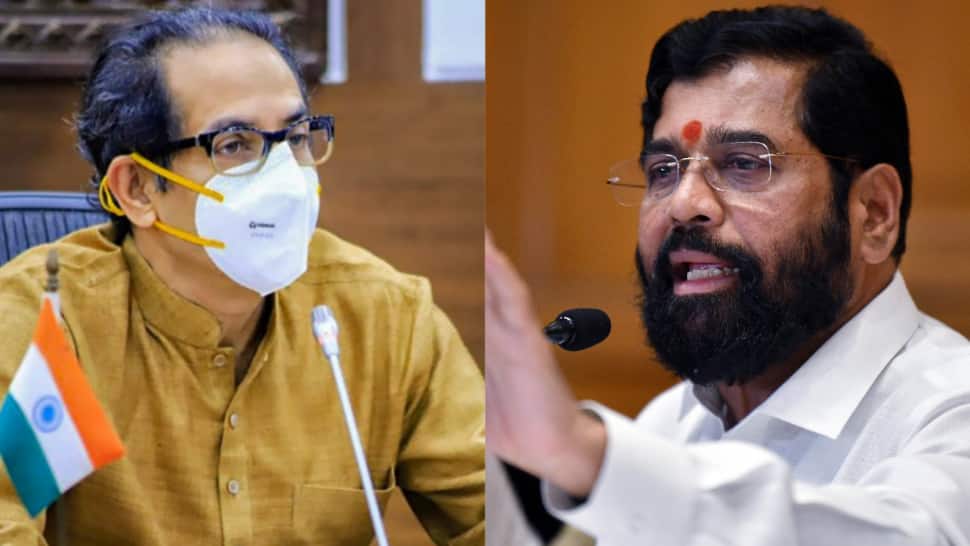 Mumbai: The Opposition Maha Vikas Aghadi attacked Maharashtra Chief Minister Eknath Shinde after two of his MLAs grabbed headlines — one for professing and the other for practicing — violence, here on Tuesday, ahead of the Maharashtra Legislature Session starting on Wednesday. The two law-makers are: Prakash Surve from Magathane (Mumbai) and Santosh Bangar from Kalamnuri (Hingoli), whose fury in words and deeds have gone viral on social media evoking sharp reactions.

An aghast Nationalist Congress Party`s Leader of Opposition Ajit Pawar sarcastically asked why the regime — whose fate is still pending in Supreme Court — displays so much `masti`.

Shiv Sena Deputy Leader Raghunath Kuchik lashed out at the CM`s Group labelling it as “not Shinde Sena but Goonde Sena”, and even warned of retaliation after getting the green signal from the Sena President and former chief minister Uddhav Thackeray.

Maharashtra Congress President Nana Patole asked whether — after grabbing power illegally – `power has gone to their heads` as they are now inciting violence and indulging in violent acts against a government servant, and said the party will raise it in the Legislature.

“Today they are doing all this, tomorrow they will run `Kangaroo Courts` to deliver instant justice, without trial as per their whims and fancies. The Congress demands strict exemplary action against the errant MLAs from the CM and DCM,” Londhe said.

Addressing a meeting on Sunday, Surve said while the (Shinde) Group will not get into a scrap with anyone, if someone antagonizes them, then they will not be spared, and added darkly — “nobody`s `dadagiri` (bullying) would be tolerated… you bash them up, I will protect you”.

“If you can`t break their arms then break their legs… `Thok do`, show them their place. Don`t worry… I, Prakash Surve will get you out on bail the next day,” the Shinde Group MLA thundered, even as his band of supporters lustily cheered.

On Monday, Bangar went a step ahead to allegedly abuse, threaten and even assault a catering manager for reportedly dishing out sub-standard mid-day meals to unorganised labourers in the Hingoli district.

Bangar shouted and abused the unidentified manager and then slapped him for serving `burnt chapatis`, plain rice and bland vegetables, claiming he had received complaints in the matter.

He later called up another official and barked an earful, accusing him of corruption and warned he would “show them who is Bangar” as the person at the other end attempted to mollify him.

Pawar said he was shocked by the language of the Shinde Group MLAs Surve and Bangar, with the latter even vowing to continue in the same (violent) style, and pointedly asked: “They are displaying such `masti`… Is this acceptable to Shinde and Fadnavis and BJP?”

He made it clear that there is the Constitution, the courts and rule of law, but “some people think they are above the laws” and are blatantly taking the law into their hands.

“Balasaheb Thackeray always taught us to protect the helpless and needy people, but see what this `Goonde Sena` is doing… The people will teach a lesson to the Goonde Sena through the ballot box,” Kuchik, who is also Bharatiya Kamgar Sena General Secretary, said in a strong reaction.

Meanwhile, taking strong umbrage over Surve`s threats, the local Shiv Sena unit has lodged a complaint with Dahisar Police Station, while Bangar declared he was not scared of the consequences and will discuss it with the CM and raise the matter in the legislature.