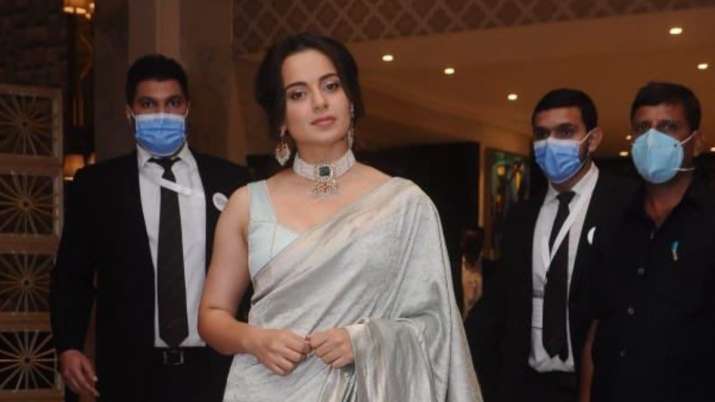 Bollywood actress Kangana Ranaut has once again landed herself into a mew controversy. At a recent event on Thursday (November 11), Kangana spoke about India and its fight for independence. She said that India got ‘real freedom’ in 2014, and stated that the country’s Independence in 1947 was ‘bheek’ (alms). Her comments haven’t gone down too well with people.

Politician and BJP MP Varun Gandhi criticised her comment in a tweet. “Insulting the sacrifice of Mahatma Gandhi sometimes, respecting his killer sometimes, and now the disdain for the sacrifices of Mangal Pandey, Rani Laxmibai, Bhagat Singh, Chandrashekhar Azad, Netaji Subhash Chandra Bose and lakhs of freedom fighters. Should I call this thinking madness or treason?” he tweeted.

He also posted a short clip of Ranaut’s remarks during a new channel programme in which she is heard saying in Hindi, “That was not freedom but ‘bheekh’ (alms), and the freedom came in 2014.” Ranaut, who was recently given the Padma Shri, was apparently referring to the BJP coming to power in 2014.

“It is an anti-national act and must be called out as such. To not do so would be a betrayal of all those who shed blood so that today we may stand tall and free as a nation,” Varun Gandhi said, as quoted by PTI.

Sharing Varun’s tweet on her Instagram stories, the actress commented, “Even though I clearly mentioned that 1857 freedom fight was the first revolution that was curbed… which led to more atrocities and cruelties from the British and almost a century was given to us in Gandhi’s begging bowl… Jaa aur ro ab.” 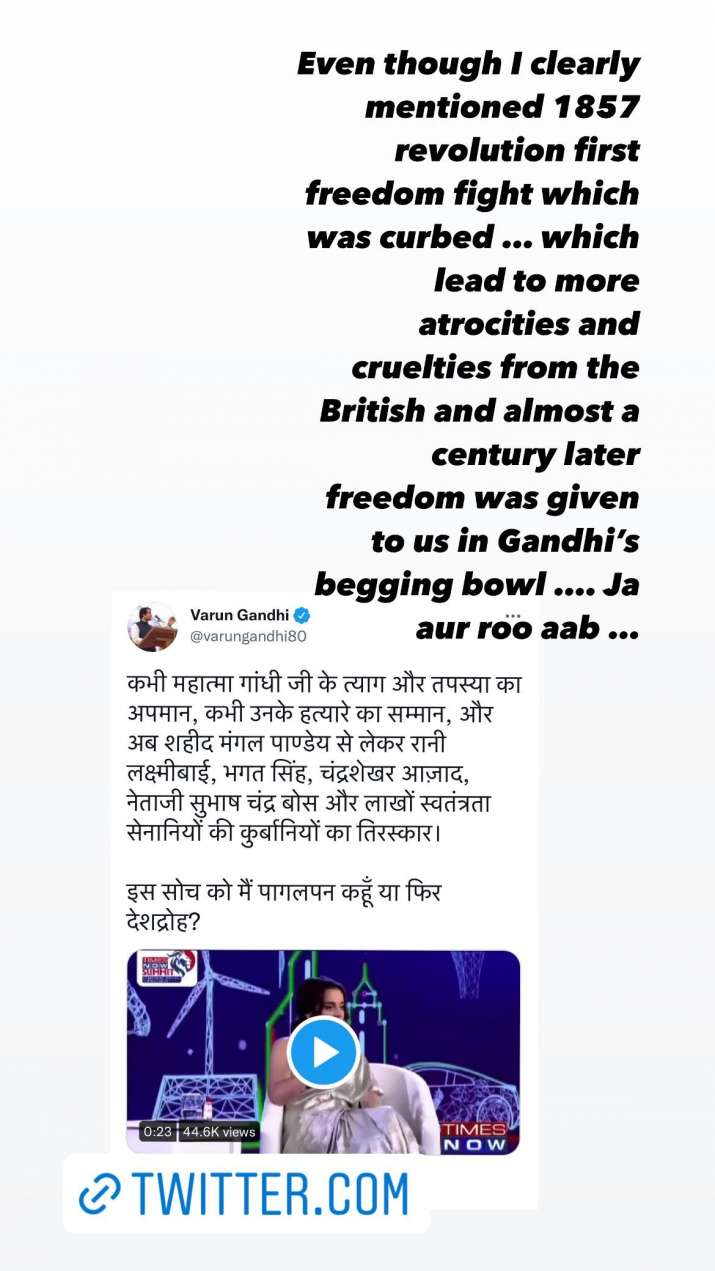 Also read: Kangana Ranaut hints at having someone special in her life. Is marriage on cards for her as well?

Kangana recently received her fourth National Film Award as the Best Actress for her performances in ‘Manikarnika: Queen of Jhansi’ and ‘Panga’. Meanwhile, on the professional front, she will be seen in ‘Manikarnika Returns: The Legend Of Didda’, ‘Emergency’, ‘Dhaakad’, ‘Tejas’, and ‘The Incarnation: Sita’.