Home Entertainment Movie Masala Janhvi Kapoor is too hot to handle in new Instagram reel as... 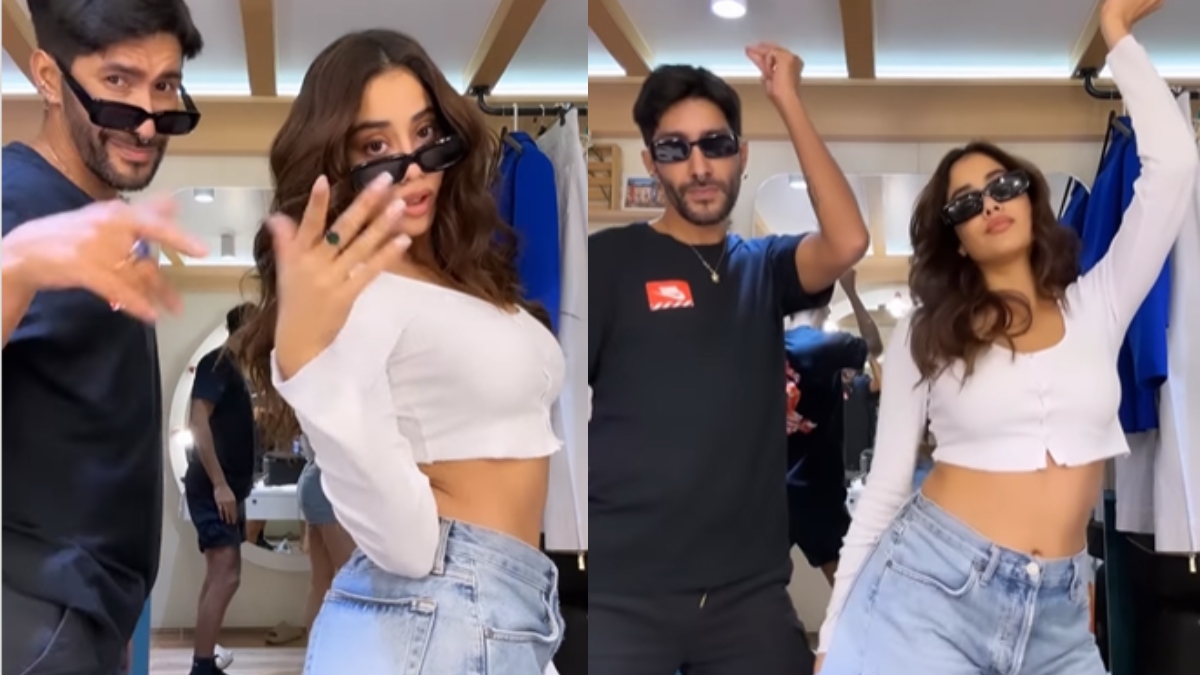 Janhvi Kapoor has once again won the hearts of her fans. The actress who is an avid social media user often makes fun Instagram reels with her group, whenever she gets free time during her schedule. Janhvi left her fans mesmerised as she grooved to Taylor Swift’s ‘Karma’. Taking to her Instagram, the ‘Milli’ actress dropped a video of herself grooving to the song. Clad in denim shorts and a full-sleeve white crop top, Janhvi’s moves alone stole the show.

Adding more drama to her look, She opted for black sunglasses. In the video, Janhvi was accompanied by hair artist Marce Pedrozo. She tagged her post with the message, “I keep my side of the street clean, you wouldn’t know what I mean.” Watch the video here:

When it comes to style, Janhvi Kapoor is often seen giving tough competition to all the divas out there. The actress, who made her debut in ‘Dhadak’ in 2018, is known to make every look effortless and chic. Recently, she made heads turn with her ultra-glamorous avatar. Seemed to be inspired by a Disney princess, Janhvi ruled the award show in an aqua-blue strapless gown in which she looked dreamy as a mermaid. ALSO READ: Evening gowns inspiration from Bollywood stars: Shehnaaz Gill, Janhvi Kapoor, Kriti Sanon and more

Taking to her Instagram handle, the actress dropped pictures from her recent outing and wrote, “the vision was Botticellis Venus meets The Little Mermaid.” The shimmery sequined gown featured off-shoulder details with a plunging neckline. The bodycon gown flaunted Janhvi’s well-defined curves. Janhvi teamed the gown with blue fishnet gloves and silver sequin details. The actress walked in style for her red-carpet appearance.

Janhvi Kapoor was recently seen in the survival thriller Mili, which hit the theaters on November 4. It is about a woman trapped inside a freezer fighting for her life. Directed by Mathukutty Xavier and produced by Janhvi’s father Boney Kapoor. The film stars Janhvi, Sunny Kaushal and Manoj Pahwa. A remake of the director’s own 2019 Malayalam film Helen, the film follows Mili Naudiyal, played by Jahnvi, a nursing graduate who races against time to stay alive after she is stuck in a freezer.

Next, she is currently shooting for ‘Bawaal’, which also stars Varun Dhawan. It is produced by Sajid Nadiadwala, under the banner of Nadiadwala Grandson. The film is directed by Nitesh Tiwari and will hit the screens on April 7, 2023.

ALSO READ: Are Prabhas-Kriti Sanon dating and planning to get engaged after Adipurush? Actress REACTS