Home Middle East Jeff Bezos says he plans to give away most of his wealth... 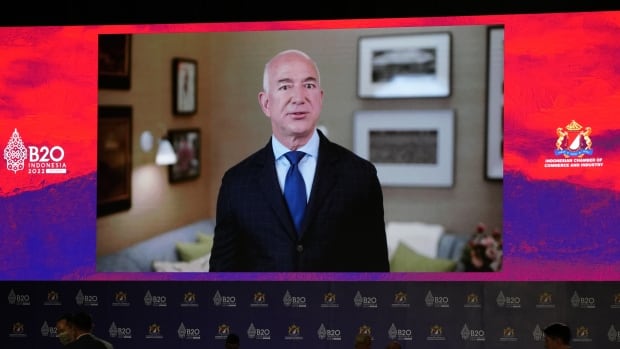 Amazon.com Inc. founder Jeff Bezos will give away a majority of his $124-billion US wealth during his lifetime, the billionaire told CNN in an interview on Monday.

Without providing further details, Bezos said he and partner, journalist-turned-philanthropist Lauren Sanchez, were “building the capacity to be able to give away this money.”

The billionaire has committed $10 billion to fight climate change and protect nature through the Bezos Earth Fund, where he is the executive chair. The initiative to combat climate change was announced in 2020.

The fund did not immediately respond to a Reuters request for comment.

While light on specifics, the pledge to give away most of his wealth would be similar in nature to those made by Microsoft co-founder Bill Gates and investor Warren Buffett.

Bezos and Sanchez announced on Saturday that country music star and philanthropist Dolly Parton would receive $100 million through the Bezos Courage & Civility Award, an amount that she can then donate as she sees fit.

“I try to put my money where my heart is. I will do my best to do good things with this money,” Parton said on Twitter while thanking Bezos for the honour.

Bezos, who stepped down as chief executive of Amazon in 2021, owns about 10 per cent of the ecommerce giant, along with the news organization Washington Post and the space tourism company Blue Origin.

He shares four children with former wife MacKenzie Scott, who since their split has given billions of her wealth to an assortment of nonprofits, legal aid organizations and schools.