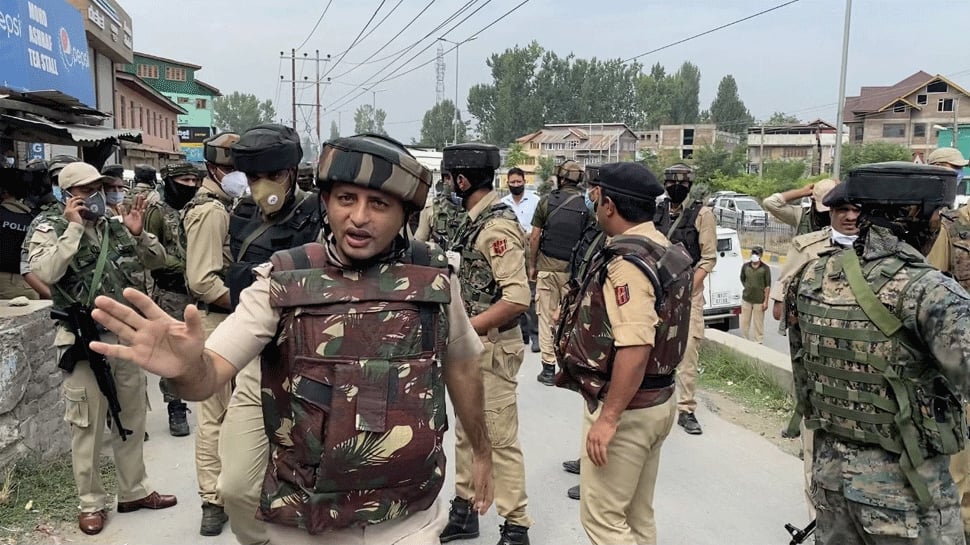 Nowgam:  Vijay Kumar, Inspector General Police, Kashmir on Friday (August 14, 2020) said that Pakistan-backed terror group Jaish-e-Mohammad (JeM) is responsible for carrying out the attack on a police party in Jammu and Kashmir’s Nowgam in which two cops were martyred.

“Two terrorists came and started firing on police personnel in which two cops were killed and one suffered injuries. We have cordoned off the whole area. Prima facie, it seems there is a hand of Jaish-e-Mohammad,” IGP Kumar told reporters.

IGP Vijay Kumar, who visited the spot, said, “ We have inputs to suggest that Jaish-e-Muhammad outfit carried out the attack. The terrorists have been identified and they will be neutralised soon.”

#Terrorists fired #indiscriminately upon police party near #Nowgam Bypass. 03 police personnel injured. They were shifted to hospital for treatment where 02 among them attained #martyrdom. Area cordoned off. Further details shall follow. @JmuKmrPolice

“We received many inputs. We got an input that terrorists can strike in any area. Our police were on alert. One of the terrorists was hiding behind and started firing. We have identified him. He is from the JeM group. We will neutralise him soon. There was people`s movement in the area. That`s why police personnel could not fire as it would have resulted in civilian casualties,” he said.

Two police personnel were martyred and one other suffered injuries in the attack by terrorists near Nowgam bypass on Friday ahead of the Independence Day celebrations on August 15.

The incident took place after terrorists started firing indiscriminately upon the police party on the outskirts of Srinagar city.

Earlier on Thursday, the security forces busted three hideouts of terrorists in Awantipora in South Kashmir`s Pulwama district during a raid conducted by Jammu and Kashmir Police along with Army`s 50 Rashtriya Rifles (RR) and 130 Battalion of CRPF.