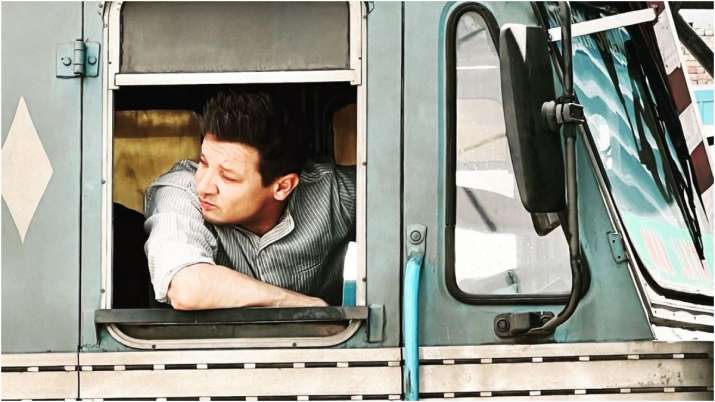 Hollywood star Jeremy Renner has wrapped up his trip to India, where he shot for his Disney show “Rennervations” in Alwar, Rajasthan.

According to videos circulating on social media, the 51-year-old actor was spotted with his bags at the Delhi airport in the wee hours of Saturday.

During his trip to the country, Renner stayed at Alwar where he shot for “Rennervations”, a four-part non-scripted series from streaming service Disney Plus.

On Friday, the actor gave a shout out to the show’s India crew as well as his fans for making his stay in the country memorable.

“Thank you to our amazing crew here in India who worked so hard with us to get this job done! Can’t wait to share what we’ve been doing #rennervation #garage #india #delhi” Renner posted on Instagram alongside his on-location photograph.

The actor, best known for playing Clint Barton aka Hawkeye in the Marvel Cinematic Universe, also posted a video on his Instagram Stories in which he is seen waving to his fans in Alwar. “Thank you all!!!” he wrote in the caption.

“Rennervations” follows Renner’s lifelong passion for giving back to communities around the world by reimagining unique purpose-built vehicles to meet a community’s needs.

The show will also feature Bollywood star Anil Kapoor, who was spotted in Alwar earlier this week.

On Wednesday, several fan page accounts of Renner posted videos and photos of him shooting with Kapoor, with crew members and few children dressed in school uniforms reportedly at a government-run senior secondary school in Laxmangarh Fort, Alwar.

In one of the fan posts, Kapoor is seen dancing on a stage to the popular track “Gallan Goodiyaan” from his 2015 movie “Dil Dhadakne Do” and Renner, who was standing with the crowd, was enjoying the performance.

Both Renner and Kapoor had previously starred in Tom Cruise’s 2011 movie “Mission: Impossible – Ghost Protocol”, though they did not share the screen space.