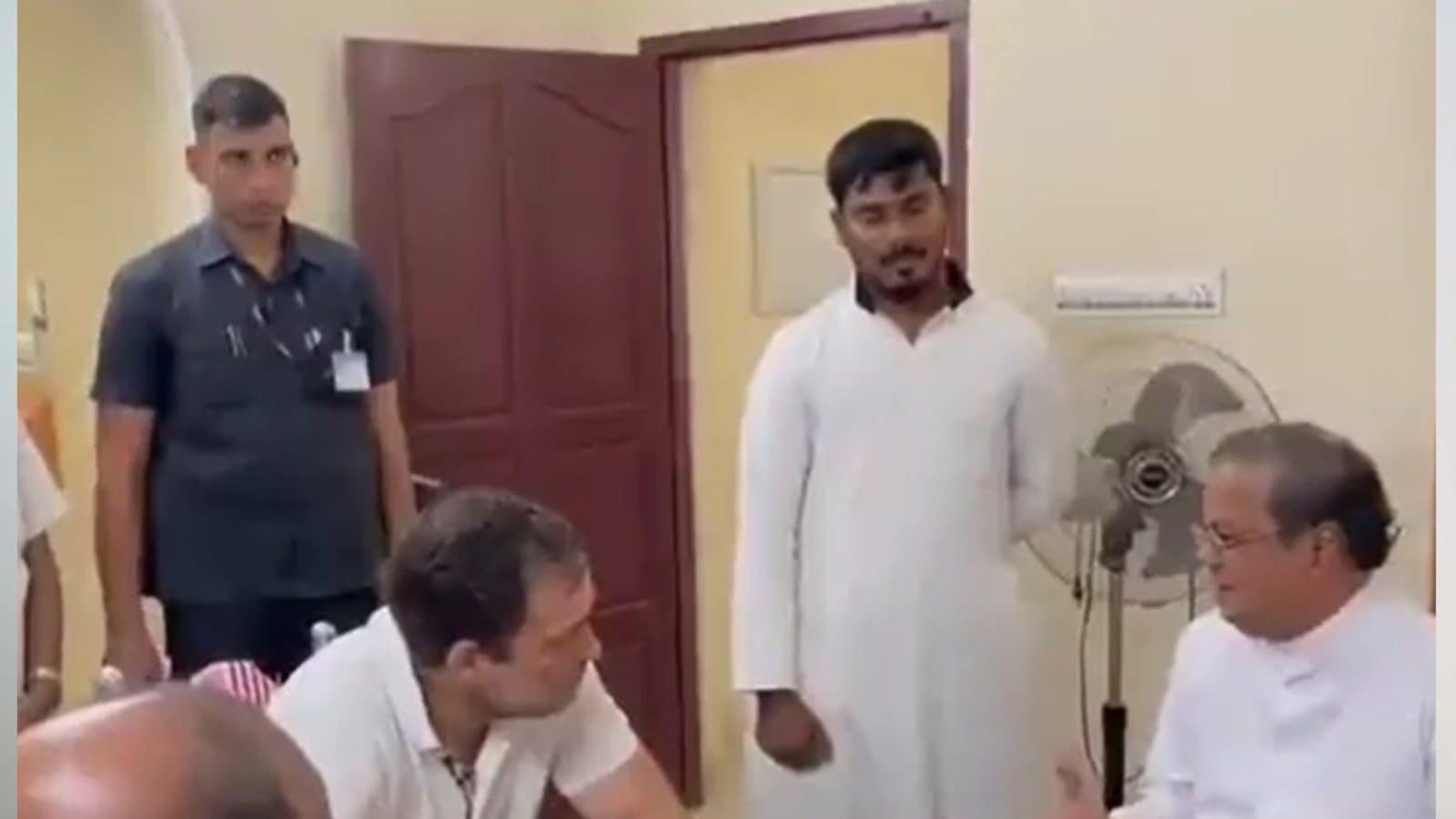 The Congress’ ‘Bharat Jodo’ campaign has given the BJP yet another reason to take on Rahul Gandhi. The BJP slammed the Congress leader over a video that is now viral on social media that captures a conversation between George Ponniah – a pastor in Tamil Nadu’s Kanyakumari and Rahul Gandhi. In the video the pastor is seen terming Jesus the ‘only real god’.

Several BJP leaders including the spokesperson of the Party, Shehzad Poonawalla shared the clip where is the pastor is seen answering Rahul Gandhi’s questions about who Jesus was. The Pastor says, “Jesus is the real god who revels himself in the human form unlike other Shakti or powers.”

This man was arrested for his Hindu hatred earlier – he also said
“I wear shoes because impurities of Bharat Mata should not contaminate us.”

The comments come after Rahul Gandhi questions the pastor whether Jesus Christ is a form of god or is he a god by himself. There are multiple people seen giving answers to Rahul Gandhi’s question with one person on his right claiming that Jesus is both the son of god and god himself.

Congress spokesperson Jairam Ramesh responded to the allegations made by BJP and said, “Its a completely bogus video. This is all just BJP Propaganda. We are doing Bharat Jodo Yatra. BJP is busy dividing while Congress Unites. BJP Rejects India’s diversity while congress unites India.”

Pastor George Ponniah is a member of the Jananayaga Christhava Peravai, which is a Tamil Nadu-based NGO located in Kanyakumari and is often known for his controversial rhetoric. He is no stranger to controversy and came into the limelight after a controversial speech by him against Prime Minister Narendra Modi following which over 30 complaints were filed against him in parts of Tamil Nadu. The pastor was forced to issue a public apology for using provocative language.