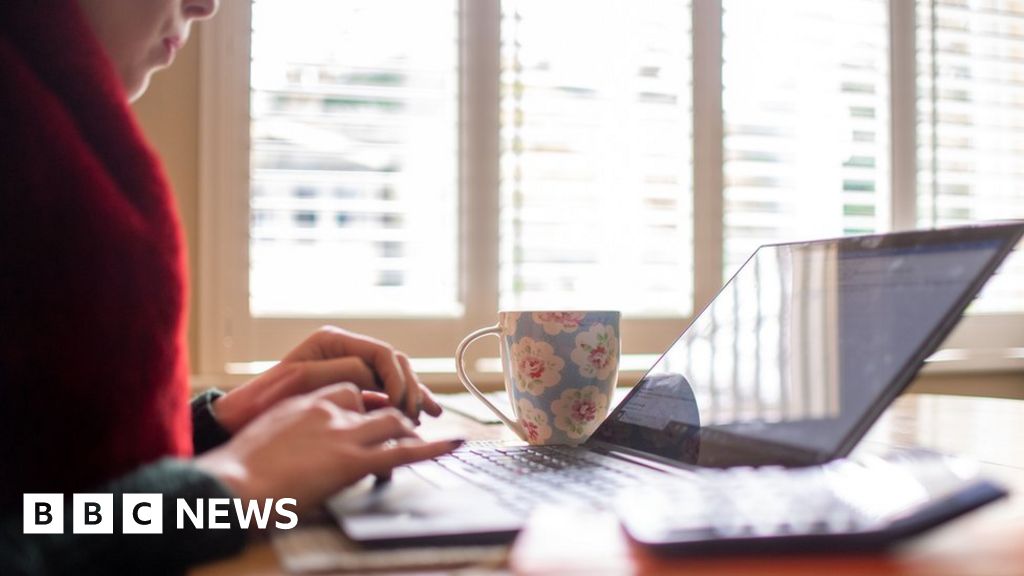 UK unemployment figures due out on Tuesday could show the coronavirus pandemic finally taking its toll on the jobs market.

The headline unemployment rate has remained at 3.9% since the lockdown was introduced.

Joblessness has not surged, as many feared, because large numbers of firms have put employees on the government-backed furlough scheme.

But in recent weeks, growing numbers of employees have found themselves being made redundant after having initially been furloughed.

And while some have immediately thrown themselves into the search for another job, others have been left reeling from the impact.

‘It’s hard to have a positive outlook’

Theatre technician Charlotte Baker, 29, is out of work as a result of the coronavirus crisis.

She started a new job at the Fairfield Halls in Croydon in September last year and was furloughed in March.

In June, she was made redundant, even though she could have been kept on furlough.

Now management at the Fairfield Halls has said the venue will not reopen until April next year, forcing her to contemplate a possible career change.

“It’s definitely an uphill struggle and it’s proving harder then previous ones,” she told the BBC. “It’s hard to have a positive outlook.”

Charlotte has been looking into doing a carpentry course, but to obtain the necessary City and Guilds qualification would require her to spend £5,000 on training.

“It’s a mountain to climb. I wouldn’t mind climbing that mountain if it’s something that I’m passionate about, but I’m not sure,” she says.

“I’m hoping to make a decision by the end of August.”

‘You do what you can to make ends meet’

Jon Ellis-Fleming, 31, of Keighley in West Yorkshire, lost his job in recruitment shortly before lockdown began.

“I’d been working in HR about five years and the redundancy came quite out of the blue,” he told the BBC.

His problems were made all the more acute because his partner Julia Paterson, who worked in the same department, was on maternity leave at the time, having given birth to their daughter Daisy.

“It was a lot of stress, to say the least,” he says. “We had a lot of help from family, but without that, I don’t know what we would have done.”

That made him all the more determined to find work again – but it meant a complete change of direction for him.

“I was unemployed until June, then I ended up becoming a self-employed contract driver for a logistics firm,” he says.

“It was the only option I had to bring money in.

“I’m working in an industry I never expected to work in and I’m not entirely comfortable in it. But you do what you can to make ends meet.”

‘Every single job has hundreds of applications’

Kate Treglown, 44, of Walthamstow in east London, was made redundant from her advertising job at the end of July after being on furlough.

“I worked for 16-and-a-half years for an advertising agency that promoted live events. The work totally dried up in May,” she told the BBC.

Kate says she has spent the past four months trying to home-school her children, while her husband, a cabinet maker, has carried on working as usual the whole time.

Now she feels “stuck in limbo” – keen to try something new, but unsure of when her children will return to school.

“I would like to take the opportunity to do something different,” she says. “I was in my old job for so long and I talked about leaving, but never did.

“But it would be a very challenging time for me to start a new job.”

Kate adds: “I’ve been keeping an eye on the market. There is work. There are jobs available. But when I look on LinkedIn, every single job has hundreds of applications, so competition is very stiff.

“I feel women are really carrying the burden of this pandemic with regards to the childcare, whether working or not. It’s made me feel quite depressed at times.

“My redundancy money is only going to last so long and I’m scared of what the future holds for us at the moment.”

‘Can we have our footstool back?’

Sue Hudson, 59, of New Milton in Hampshire, lost her job as a legal secretary two weeks into lockdown.

“I was working from home late on Friday afternoon and I got a telephone call saying, ‘We’re making you redundant,'” she told the BBC.

“Because I had been there under two years, they didn’t have to pay me any redundancy allowance. They gave me a week’s pay, a month’s notice and the accrued holiday.”

While working from home, she had been using a footstool belonging to the company. “They said, ‘Can we have our footstool back?'”

Sue adds: “I had a drawer full of shoes at work and they said I could come in and collect them. I asked them to post them to me, saying I couldn’t afford the train fare.”

Sue is on Jobseeker’s Allowance at the moment, but says that from the end of this month, she will be reliant on her partner Ian, who works as a groundsman for New Milton town council.

Sue has had several interviews for other jobs and says that fortunately, her age doesn’t appear to be a factor for prospective employers.

However, she remains hurt by the “appalling” way she was treated.

“They could have put me on furlough for a couple of months, then I would have been able to look for other jobs in comfort,” she says.

Will bring back 10 grounded wide-body aircraft to service by early 2023: Air India