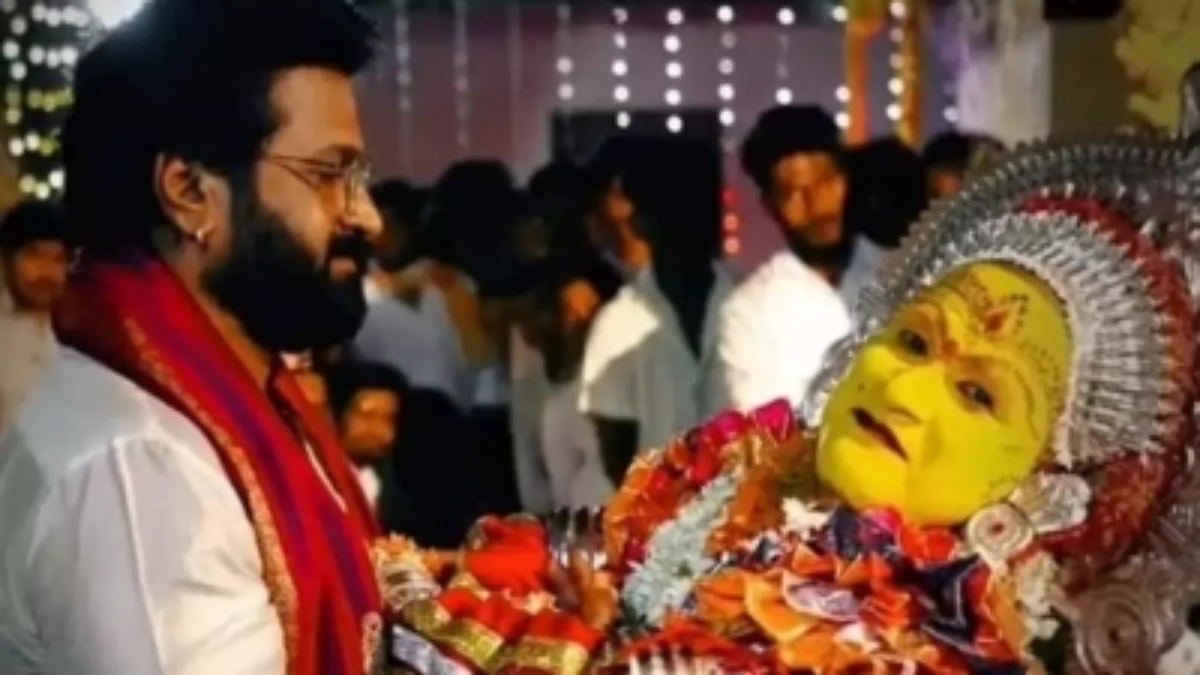 ‘Kantara’ captured the hearts of the audience with a story inspired by the divinity of the boar-faced Panjurli Daiva.

The action thriller went on to achieve sleeper hit status in the box office. To thank the Daiva and seek the divine being’s blessings, actor-filmmaker Rishab Shetty, and Vijay Kirgandur, founder of the production house Hombale Films, offered prayers at a Bhoota Kola festival somewhere in Karnataka.

Taking to their social media, Hombale Films shared a video showing glimpses of the team as they sought the Daiva’s blessings.

In the caption, the production house noted: “You surrender to nature and worship God, who has bestowed you with such success and freedom in life. #Kantara team witnessed the divine in real form and took the blessings of Daiva!”

Also Read: Shahid Kapoor cites ‘Kantara’ as example of why only spectacles seem to work

Kantara was released in Kannada and Hindi on September 30 and October 14, respectively. The film has been written and directed by Rishab Shetty. Produced by Vijay Kiragandur and Chaluve Gowda, the film features Shetty, Sapthami Gowda and Kishore Kumar G. in pivotal roles.

Sidharth Malhotra-Kiara Advani to move into sea-facing bungalow worth Rs 70 crore? Here’s what we know!