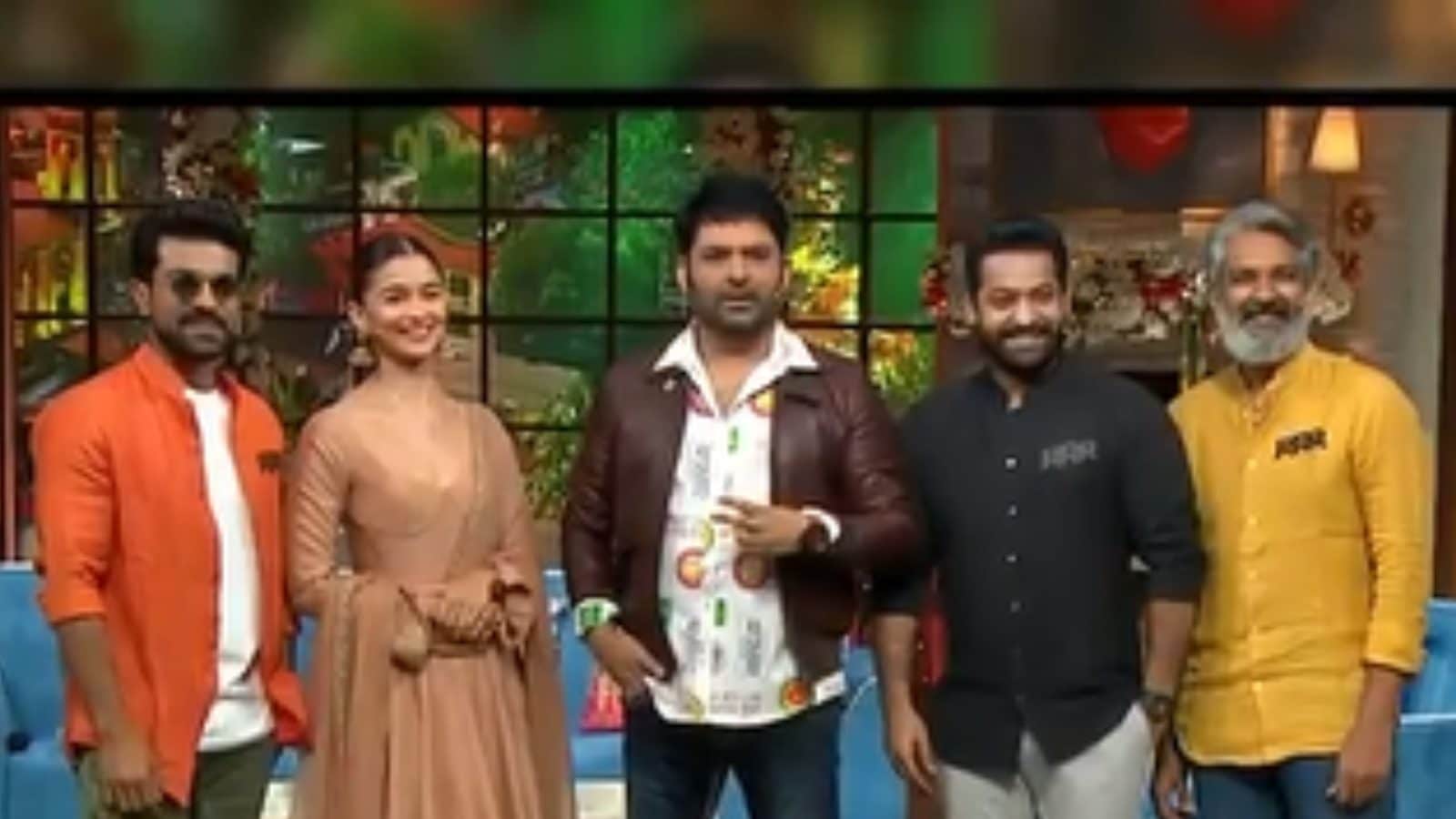 The Kapil Sharma Show is to host RRR actors Alia Bhatt, Ram Charan, Jr NTR, and director SS Rajamouli on its New Year special episode. The makers of the show have been sharing hilarious promos from the episode, which promises to be great fun.

In one of the videos, Krushna Abhishek enters the stage dressed as Sapna. He compliments Alia by mentioning that he loves her film ‘Kapoor and Sons,’ indirectly making a reference to her boyfriend Ranbir Kapoor. Soon, he asks her, “When can we expect the sequel?” When a confused Kapil Sharma asks Krushna what sequel he is talking about, the latter replies, “Kapoor and Bahus.” Krushna’s response leaves Alia speechless but Jr NTR and Ram Charan can’t control their laughter.

RRR is expected to be released on numerous screens worldwide, according to sources. NTR and Ram Charan play Telugu historical heroes Komaram Bheem and Alluri Sitarama Raju in this film. In addition to them, British actor and model Olivia Morris and Alia Bhatt will be there. The RRR crew has been on a rigorous promotional tour in Mumbai, Chennai, Bangalore, and Kochi. In addition, Salman Khan attended a pre-release function in Mumbai. ‘RRR’ is set to be released on January 7, 2022, and is one of the most anticipated films in Indian cinema. The film is estimated to have been made on a staggering budget of Rs 400 crores.

Reports also say that RRR will be available on OTT platforms within 60 days of its premiere. The film’s OTT rights have been bought by Netflix, the world’s leading streaming service. However, no official information is available at this time.