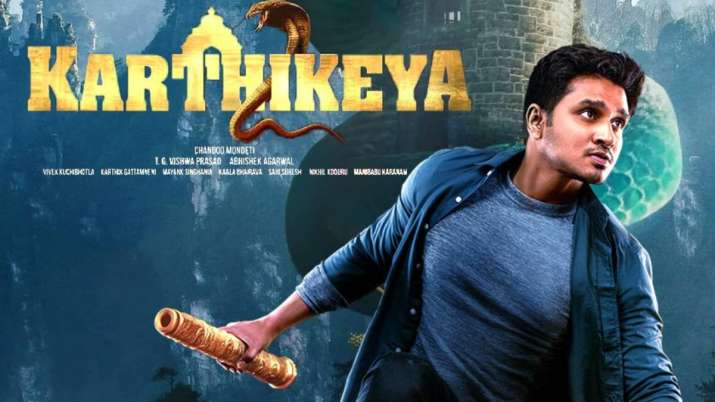 Karthikeya 2 Box Office Collection: Nikhil Siddhartha starrer has turned out to be one of the biggest blockbuster hits of 2022. The movie which has been receiving rave reviews from the audience, has emerged successful at the ticket windows. Giving tough competition to Bollywood biggies like Laal Singh Chaddha, Raksha Bandhan and Liger, Karthikeya 2 managed to surpass the Rs 100-mark at the box office.

The socio-mythological thriller Karthikeya 2 revolving around one of the most adored and adventurous figures of Indian mythology — Sri Krishna, has had people across North India flocking to movie theatres. It earned thrice in its second week as compared to the first one and has successfully completed its third week. The total collection of the Karthikeya 2 Hindi stands at around Rs 30 crore. On the other hand, the numbers in the international market were remarkable too. ALSO READ: Cobra Box Office Collection Day 2: After excellent opening, Chiyaan Vikram’s film sees a major drop

According to Box Office India, “Karthikeya 2’s third-week collections stand at 4.75 crore nett and the third week is likely to end up with 6.25 crore nett. The third week will show a drop of around 45% which is decent trending also. There will be no competition in this week which will allow the film hold well in the fourth week and it should get to around 25 crore nett before the release of Bhrahmastra. Karthikeya 2 should comfortably chase down the 23 crore nett of Rocketry – The Nambi Effect.”

Written and directed by Chandoo Mondeti, Nikhil starrer is a sequel to Mondeti’s 2014 film Karthikeya. The well-crafted socio-mythological thriller revolving around Lord Krishna and Krishna-tattva or philosophy. The film, featuring actor Nikhil and Anupama Parameswaran in the lead, is a mystery thriller about a search for secrets buried beneath the sea near Dwaraka. The actors are on a mission to uncover a mystery, with their journey taking them across the soaring sea. The film also stars Anupam Kher. ALSO READ: Akshay Kumar starrer ‘Cuttputlli’ OUT, actor says ‘kabhi kabhi killer ki tarah sochna padta hai’

For Nikhil Siddhartha, Karthikeya 2 is more than box office success or pan-India recognition. The actor explained that the movie is more about getting today’s generation closer to its cultural roots. He said, “We made this movie without keeping box office numbers in mind. It was a very honest attempt that we talk about Sri Krishna in the right way. And talk a little bit about our Indian roots and culture which I think the younger generation is not being informed about.

“We have the Marvel universe, we have Spiderman, the Avatar universe, but we don’t have a universe which talks about our Puranas and our Indian culture which was I feel much much better.”