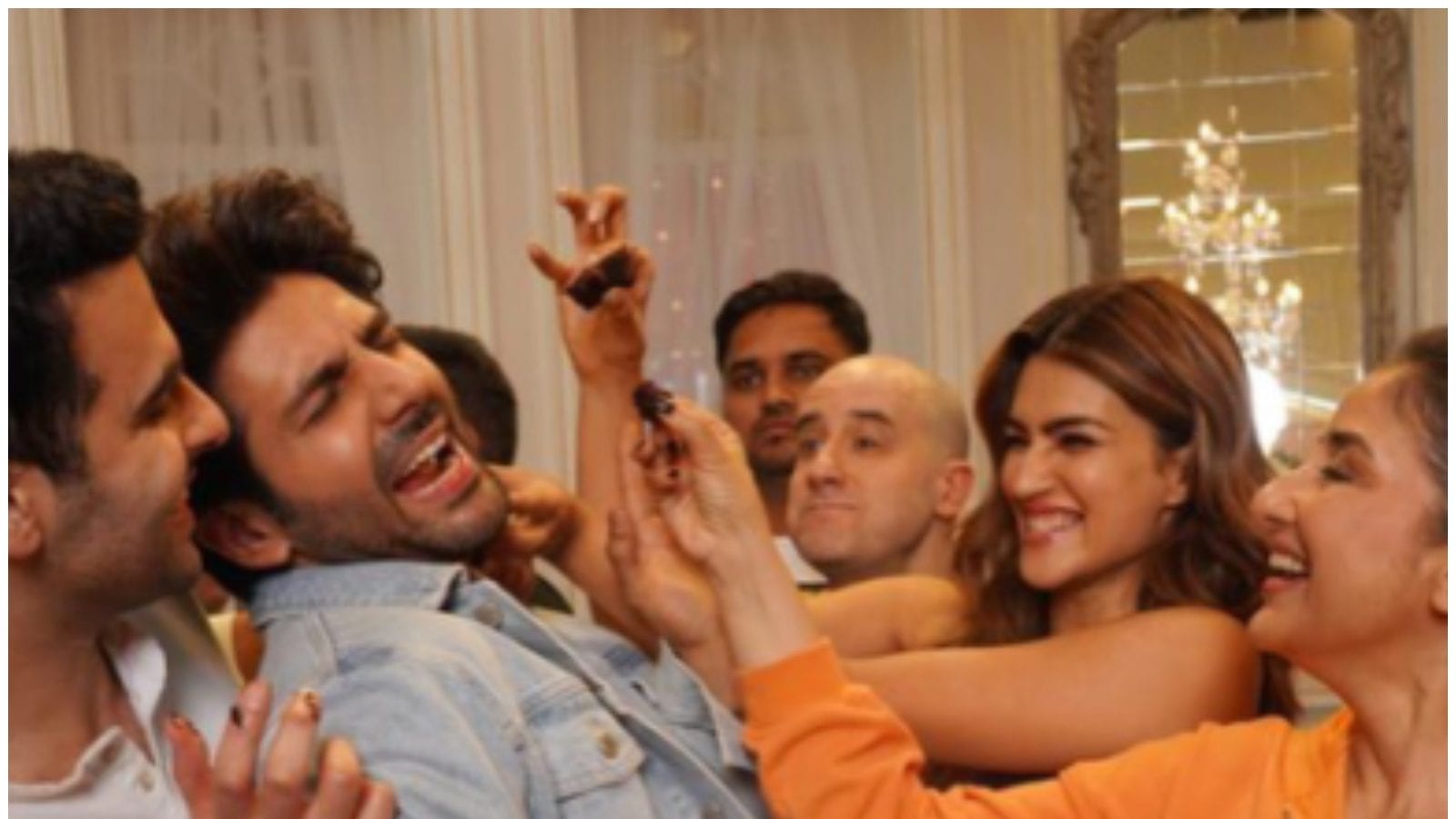 Kriti Sanon announces wrap of ‘Shehzada’. The actress shared a bundle of BTS photos with her co-stars Kartik Aaryan and Manisha Koirala.

After the success of the 2019 film Luka Chuppi, Kriti Sanon and Kartik Aaryan will be sharing the screen space again for ‘Shehzada’. Helmed by Rohit Dhawan, the film is all set to release on February 10. As the makers wrapped the complete shoot of the film, Kriti took to her social media handle to pen a heartfelt note and also share a bundle of behind-the-scene moments.

Kriti captioned the post. “And its finally a wrap!! #Shehzada Happy sad feeling as always.. Sad that this beautiful journey has come to an end.. And happy that we can share it with you all very soon! Stay Tuned ❤️ #Shehzada Releasing in theatres on 10th Feb 2023!❤️”.

Earlier this week, Kartik too shared a photo while shooting for a song in the film. Sharing a photo with Rohit Dhawan and Ganesh Acharya, Kartik gave a glimpse of the sets. He was reportedly shooting for for ‘Butta Bomma’, since ‘Shehzada’ is the Hindi remake of Allu Arjun starrer hit movie ‘Ala Vaikunthapurramuloo’ which became a massive hit in 2020. The song ‘Butta Bomma’ became very popular from the film having listeners beyond South praising it.

Buzz is that, the makers will be releasing the trailer on January 12 with a three-city tour. The makers have already released the teaser of the film which has garnered wide spread appreciation from fans and crtics.

Apart from Shehzada, Kriti Sanon also has Adipurush with Prabhas and Saif Ali Khan. She is also a part of ‘The Crew’ with Kareena Kapoor Khan and Tabu. She was last seen in ‘Bhediya’ with Varun Dhawan.

Kartik on the other hand will also be seen in ‘Satyaprem Ki Katha’ where he would be reuniting with ‘Bhool Bhulaiyaa 2’ co-star Kiara Advani. The film is all set to release on June 29 this year. Kartik also has Hansal Mehta’s Captain India in his kitty. His last film Freddy had an OTT release where he shared screen space with Alaya F. It was widely appreciated by fans and critcs.