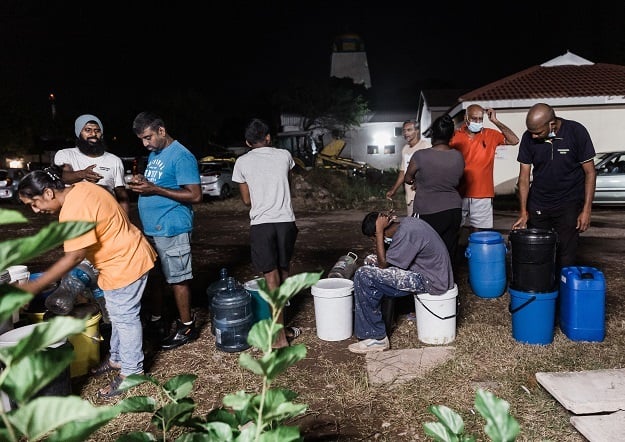 The SA Human Rights Commission (SAHRC) will investigate why Tongaat and surrounds still do not have fresh water 24 days after the devastating floods in April.

The KwaZulu-Natal chapter of the rights body said there was extensive damage, but it was worried about the impact on communities, businesses and schools that still did not have water.

It took the liberty of registering an own-initiative complaint in terms of Section 13 (3)(a) of the SAHRC Act.

This is to investigate the current situation and determine what interim relief measures are in place.

“Section 13 of the SAHRC Act empowers the commission to investigate any alleged violation of human rights and to secure appropriate redress where necessary.

“The commission is therefore engaging with the eThekwini Municipality and other relevant stakeholders to ensure that immediate and appropriate intervention and assistance is provided to the local communities, businesses, schools and other organisations during this time.”

The force of the water and the mudslides led to such severe damage to infrastructure, that it is expected to take 10 months to get water services running properly in the area.

A protest was held recently, where residents complained the municipality was not doing enough to help them.

Mayor Mxolisi Kaunda said he had since commissioned water tankers to fill the local reservoir to supply water to tide them over.

Desperate for piped water, a makeshift standpipe system was rigged by those who knew how to do it, but the municipality objected to this.