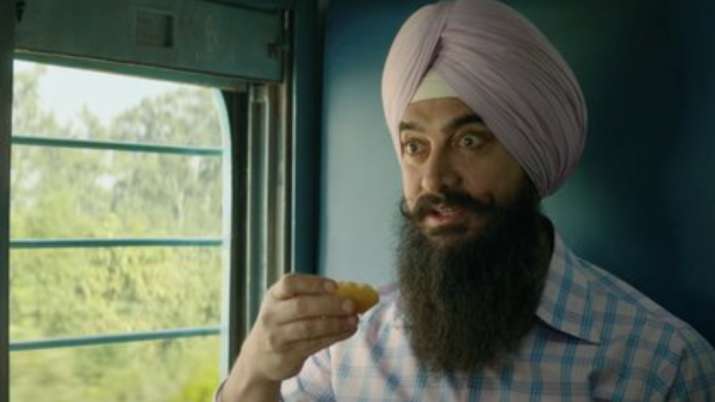 Laal Singh Chaddha Box Office Collection: Aamir Khan and Kareena Kapoor’s film made on a mega budget, has proved to be unsuccessful in impressing the audience. It has underperformed at the ticket windows in its second weekend. The way this film is struggling at the box office with each passing day, it is clear that the audience has rejected it outright. In its second weekend, Laal Singh Chaddha witnessed a massive drop, taking the film’s 11-day total to around Rs 55 crore.

Aamir Khan starrer, the Hindi remake of the Hollywood hit Forrest Gump, hadn’t had an easy phase since the beginning. The film became one of the victims of the boycotting culture, which seemingly had an affect on its box office collections. According to early trade reports, the film earned around Rs 1.70 crore on Day 11, taking the total collection at an approx of Rs 55 crore. On the other hand, the film has reportedly crossed Rs 100 crore mark, worldwide.

For Aamir, ‘Laal Singh Chaddha’ has been his worst commercially since his 2000 film ‘Mela’, despite getting a five-day holiday weekend, starting with Raksha Bandhan on August 11 and ending with Independence Day. And it has been his second successive flop after the ‘Thugs of Hindostan’, which bombed despite the additional presence of Amitabh Bachchan. ALSO READ: Deepika Padukone’s viral video makes fans wonder if she is having a cameo in Shah Rukh Khan’s Jawan?

According to the latest reports, it is being speculated that to recover the film’s cost, the makers of LSC might prepone the OTT release, instead of waiting for six months. The film can arrive early on streaming platforms just like Dharma’s Shamshera which was released three months post its theatrical run. However, the makers haven’t released an official statement about the same. ALSO READ: Kareena Kapoor Khan dons producer’s hat, starts working on maiden film with Hansal Mehta

While no OTT platform was mentioned by the makers when they announced the OTT release, reports are rife that Laal Singh Chaddha had narrowed down its streaming partner. Although Aamir wanted the film to be released on Netflix, the global giant and the LSC teams haven’t come to common grounds. The actor-producer reportedly wants to keep a gap of six months between the theatrical and OTT release and had pitched a higher fee. Whereas, Netflix wants it to be released after three months at a much lower price. The deal did not fall in sync with Amazon Prime Video and Disney+ Hotstar either. Therefore, Voot’s name has come forward next. It is to noted be noted that neither Aamir and Laal Singh Chaddha team nor the streaming platforms mentioned have spoken about the deals officially.