Home Tech Ladies And Gentlemen, Your Movie Downloads Are Ready; Netflix For Android Gets... 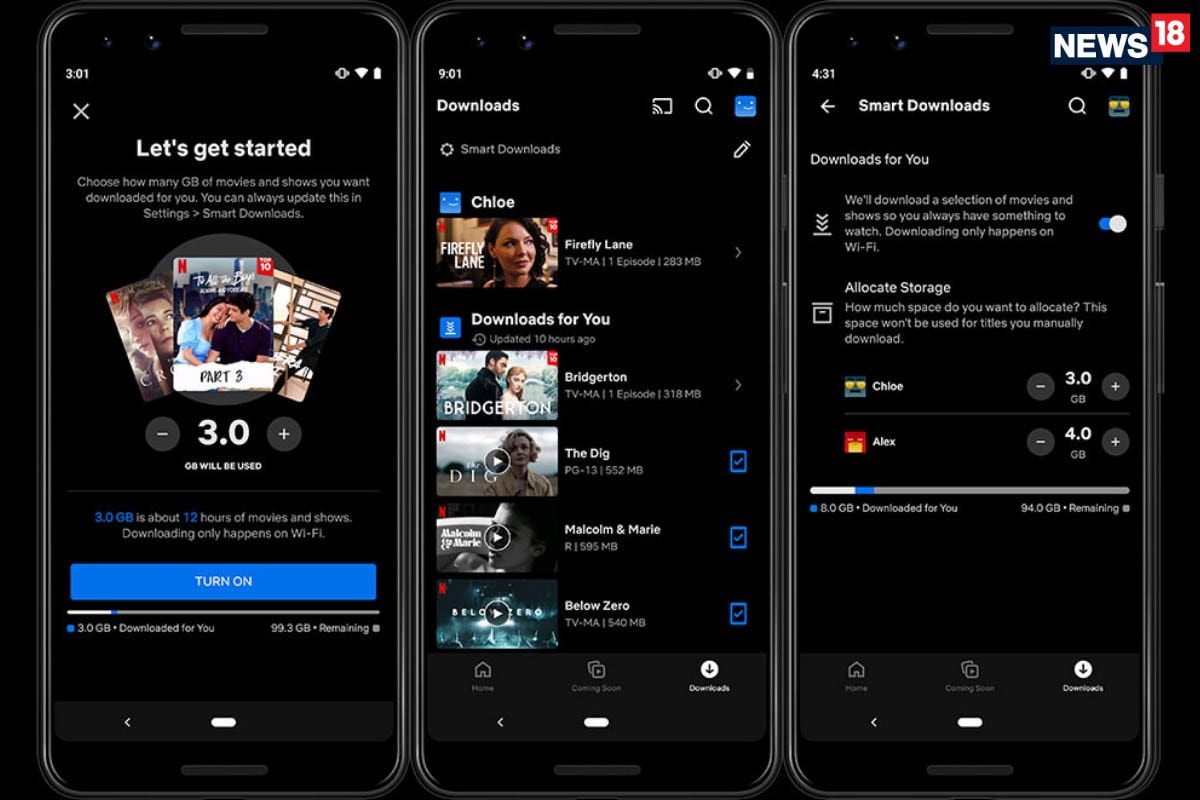 Netflix has rolled out a really cool new feature called Downloads For You, and it is the next big upgrade to downloading content from Netflix on your Android phones and tablets, some three years after Smart Downloads rolled out. The global video streaming giant says that Downloads For You will work intelligently and automatically download recommended TV shows and movies, based on what you have been watching thus far, and therefore what Netflix understands of your tastes. This feature is now rolling out with the Netflix app for Android devices now, while a similar feature will begin testing for Apple’s iPhone and iPad soon.

But before you get all stressed about whether this will eat up the storage space on your Android phone or tablet, Netflix lets you choose how much of the device space you want to give for Netflix Downloads For You to use—this could be 1GB, 3GB or 5GB, and based on the space available, Netflix will predict and download movies and TV shows for you. All said and done, this is opt in feature, which means you need to open the Netflix app on your Android phone or tablet and toggle the Downloads For You option to on. Then you choose the space that can be reserved for these downloads. And voila, the next time you open your Netflix app on a long flight or a road trip, prepare to be surprised.

Android users are having a really good time of it, off late. Earlier this year, Netflix added a new immersive audio experience for Android users and that it will now stream content with Extended HE-AAC with MPEG-D DRC (xHE-AAC) audio extensions on compatible Android devices. At the end of the year 2020, Netflix clocked more than 200 million users globally. In India, Netflix at present offers four subscription plans. The Mobile-only Rs 199 plan offers streaming at up to 480p resolution and can be used only with the Netflix mobile app. The Basic Rs 499 plan also offers maximum 480p resolution streaming and can be used on any mobile, TV or PC, but streaming is limited to one screen at a time. The Standard plan priced at Rs 649 offers Full HD resolution streaming with the ability to simulcast Netflix on two screens at the same time. The highest tier Premium plan is priced at Rs 799 per month and streams 4K + HDR content and can be viewed on up to 4 screens at the same time.

This Phone Weighs Just Half as Others, But Would You Pay Over Rs 70000 for it?

World Satark News English - March 2, 2021 0
A series of back-and-forth retaliatory moves and antagonizing statements between Washington and Tehran are putting the Biden administration's plans for a return to...

India’s plan to divest state-owned companies is ‘back on track’, says top official

Asia Satark News English - March 2, 2021 0
An Air India passenger flight prepares for landing.STR | NurPhoto | Getty ImagesIndia is "back on track" in its efforts to divest state-owned...

India’s plan to divest state-owned companies is ‘back on track’, says...