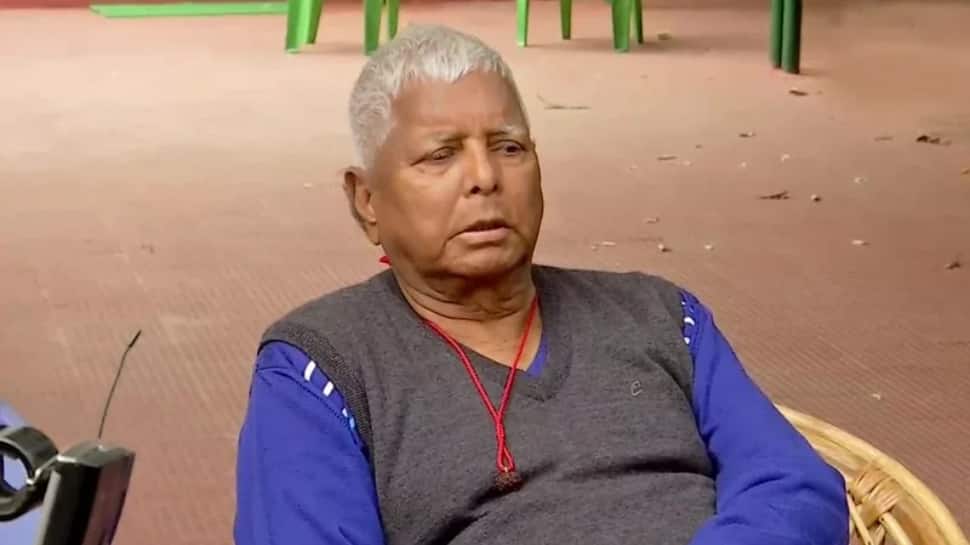 New Delhi: Former Bihar Chief Minister and Rashtriya Janata Dal (RJD) founder Lalu Prasad Yadav was re-elected unopposed as the party’s president for the record 12th time on Wednesday, September 28. Lalu had filed his nomination papers at the party office in the national capital earlier in the day. According to Uday Narayan Choudhary, the Returning Officer for the RJD election, only Lalu registered a nomination for the position of party president and was thus chosen unopposed as the party chief.

“Today on 28th September 2022, for the post of National President of Rashtriya Janata Dal (RJD) the only nomination for the post was filed by Lalu Prasad. After verification, all the copies of the nomination were found to be correct and valid,” he said.

However, the formal announcement of Lalu Yadav becoming the party president will be made on October 10 during the convention at Talkatora Stadium in Delhi where he will be provided with a certificate of President position.

“Lalu Prasad Yadav will also be given a certificate of elected President of the party in open session,” Choudhary said.

Also Read: ‘If you have GUTS, then ban RSS in Bihar’: BJP Minister’s open CHALLENGE to Lalu Prasad Yadav

Lalu Prasad Yadav separated from the Janata Dal and formed the Rashtriya Janata Dal on July 5, 1997, in New Delhi and became the party president of RJD. After that, he remained at the top post of the party. During the period of 25 years, Lalu Yadav became the party chief unopposed 12 times.

After the formation of RJD, within 20 days Lalu Yadav had to resign from the post of Chief Minister of Bihar on an allegation of a fodder scam and handed over power to her wife Rabri Devi. The Bihar politics took an interesting turn again with Nitish Kumar, the Janata Dal (United) chief snapping ties with the BJP and rejoining the RJD and allies of the Opposition in Bihar on August 9 this year.