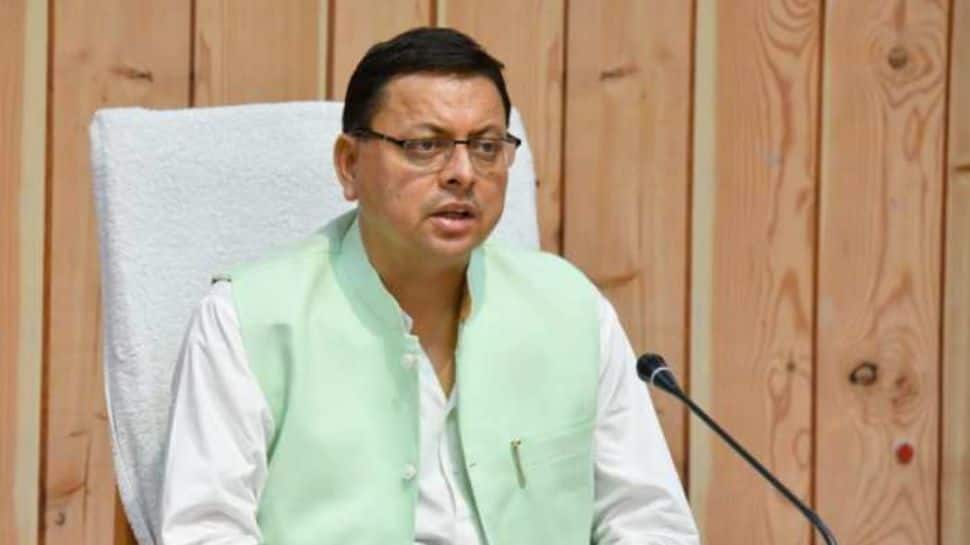 Dehradun: The committee constituted to examine Uttarakhand’s land laws submitted its report to Chief Minister Pushkar Singh Dhami with 23 recommendations on Monday. In one of its recommendations, it asked the govt to take stringent action against those who encroach on public land to erect buildings or religious structures on them. The report comprises 23 recommendations that seek to strike a balance between boosting investments, increasing employment opportunities and stopping misuse of land by controlling their unrestricted sale and purchase in the hill state, an official release said.

The CM said, “Considering the recommendations of the committee in the larger public interest and state interest, the state government will amend the land law.” The committee is headed by former chief secretary Subhash Kumar. Its members include Badrinath-Kedarnath Temple Committee president Ajendra Ajay and retired IAS officers Arun Dhaundiyal and D S Garbyal.

In its report, the committee recommended provisions for stringent punishment for those who encroach on public land along rivers and canals or in forests and pastures to erect buildings or religious structures on it.

A statewide campaign should be launched to identify such illegal encroachments, it said.

The committee, which was constituted in 2021, framed its recommendations after taking the views of all stakeholders. Among the committee’s recommendations is the adoption of many land laws of Himachal Pradesh as desired by the people of the state, according to the release.

The main recommendations of the committee include taking away the power of district magistrates (DMs) to grant permission to buyers for buying agricultural land and land to set up micro, small and medium enterprises (MSME). The power of granting permission for buying land for setting up MSME projects should also be taken away from the DMs and vested in the state administration as in Himachal Pradesh, it said.

The committee recommended putting an end both in hills and plains to the practice of the government allocating more than 12.05 acres of land to an institution/firm/company or individual for industrial purposes, Ayush, education, health, medical education, horticulture, processing units, tourism and agriculture.Instead, a system of allocating land for such purposes based on an Essentiality Certificate should be adopted as is prevalent in Himachal Pradesh, it said.

Apart from big industries, such allocations should be made to four and five-star hotels, resorts, multi-speciality hospitals, and vocational or professional institutes only, it added. According to the recommendations, an individual will not need any permission for buying up to 250 sqm of land for residential purposes.