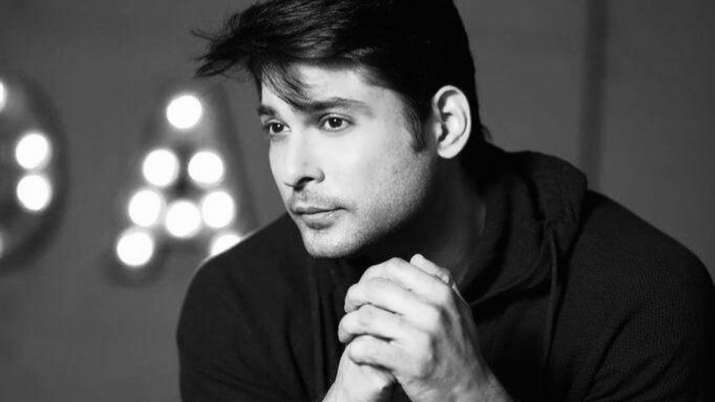 The Shukla family has released a statement after the demise of actor Sidharth Shukla on Sept 2.  Sidharth, a popular face on the Indian small-screen, passed away in Mumbai after suffering a massive cardiac arrest. His last rites took place on Friday in the Oshiwara crematorium. In their statement, the family requested privacy and thanked everyone for being a part of the late actor’s journey. Expressing gratitude, they also gave a special mention to the Mumbai Police force for standing by them like a shield.

“Heartfelt gratitude to everyone who has been a part of Sidharth’s journey and showered him with unconditional love. It definitely doesn’t end here as he now resides in our hearts forever! Sidharth valued his privacy, hence we request you to allow our family the privacy to grieve.”

“A special Thank You to the Mumbai Police force for their sensitivity and compassion. they have been like a shield, protecting us and standing by us every minute of the day!

“Please keep in your thoughts and prayers. Om Shanti- The Shukla Family.” 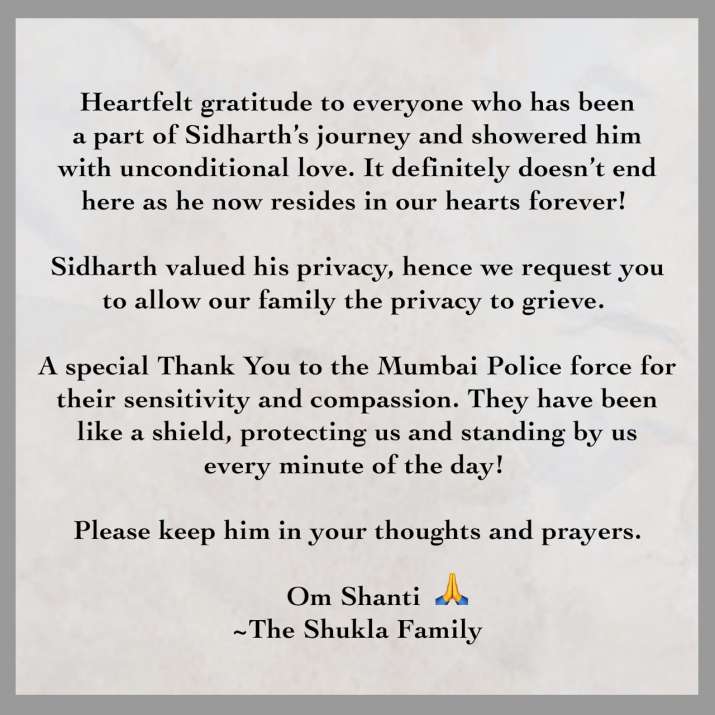 It’s indeed a difficult phase for everyone, especially for Sidharth’s mother Rita Shukla, sisters Neetu and Preeti and rumoured girlfriend Shehnaaz Gill. The Bigg Boss 13 winner was cremated on Friday at Oshiwara crematorium this afternoon. His mortal remains were brought from the Cooper Hospital- Mumbai in an ambulance decorated with flowers.

The family in his remembrance have organised a special prayer meet, the details of which were shared by Karanvir Bohra. Taking to his Instgaram handle, the actor shared that the special meditation and prayer will take place at 5PM today. The meditation will be organized by BK Yogini Didi while Sister Shivani and the Brahma Kumaris will bless the late actor’s soul.

For the unversed, Sidharth started his career as a model. He made his acting debut with a lead role in the TV series ‘Babul Ka Aangann Chootey Na’ in 2008, and since then he had never looked back. With the TV show ‘Balika Vadhu’ and Bollywood debut with ‘Humpty Sharma Ki Dulhania’, Sidharth gained more popularity. He was scaling high on the career graph ever since he won ‘Bigg Boss 13’ in February 2020.

After ‘Bigg Boss’, Sidharth bagged several projects. He was seen back to back in music videos and even made his digital debut with ‘Broken But Beautiful 3’ earlier this year.