Home Middle East Lauded and loathed: Why the French still can’t get enough of Napoleon... 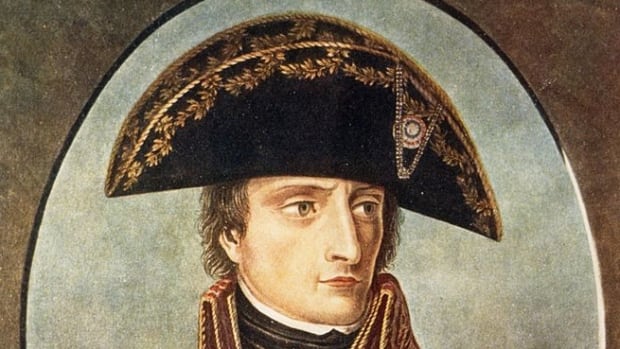 The afterlife of the glorious dead can be complicated.

Take Napoleon Bonaparte, who died exactly 200 years ago on May 5. For many in France, he is the epitome of French achievement, the man who conquered much of Europe but also remade the structures of his country.

He was a whirlwind of action. His tongue was as sharp as his sword. A man who could describe his own foreign minister — Prince Talleyrand — as “shit in a silk stocking,” and then keep him on deserves to be remembered.

Across the channel, in Britain, he was mocked and loathed, in life and death. So much so that when Mary Shelley wrote her famous book Frankenstein in 1818, she used elements of Napoleon in her portrait of the monster AND Dr. Frankenstein, according to historian Linda Colley.

The monster was “an unnatural, increasingly violent creature” who possesses “powers of eloquence and persuasion.” And the scientist is “a furiously ambitious individual who believes himself above the herd” and “destined for some great enterprise,” Colley writes in her new book The Gun, the Ship and the Pen.

But the French seemingly can’t get enough of the dead French emperor. A rough count by Jean Tulard, an eminent French historian, puts the number of books published about Napoleon at almost 85,000. That’s more than one a day since the day he died.

“Only Jesus does better,” Tulard said in an interview with the magazine L’Express on May 24, 2014.

That’s in France, of course. Tulard has added to the flow of tomes with more than 25 of his own on the man and the myth.

Measured against the emperor

Almost every modern French president is measured against the emperor.

This is particularly true of Emmanuel Macron. Even before taking office, in an interview with the weekly Le Numéro Un on July 8,  2015, he proclaimed that modern France needed a Napoleonic monarchical figure to fill the “emotional, imaginary, collective void” left when the French king, Louis XVI, was guillotined in 1793.

Just so people wouldn’t miss the message, on the night of his election in May 2017, Macron spoke to the country from the main courtyard of the Louvre, the Cour Napoleon, in front of the Parisian landmark’s famous pyramid.

Two months later, he took U.S. President Donald Trump, who was on a state visit, to inspect Napoleon’s tomb at Les Invalides in Paris. The dead emperor was reburied here almost 20 years after his death in exile in a national ceremony in 1840, and sealed in five coffins with the names of his military victories (but not his defeats) inscribed on the wall.

Since then, barbed comparisons to Napoleon have been frequently offered by Macron’s opponents, foreign and domestic.

“Macron is a so-called Napoleon on campaign,” a top aide to Turkish President Recep Tayyip Erdogan said on Sept. 10, 2020.

Erdogan and Macron were jousting over aggressive Turkish naval manoeuvres in the Mediterranean. The comment was not a compliment. The next sentence was about “incompetent” politicians “trying to hide their internal problems with irrational acts on the international stage.”

European critics are just as nasty. Ryszard Czarnecki, the former Polish minister for Europe, as well as the former vice-president of the European Parliament, told the British newspaper The Express on March 4, 2021: “Macron would like to be the next incarnation of Napoleon, although he doesn’t seem to have his leadership and military talents.”

And Marine Le Pen, the head of the far-right Ralliement National in France and Macron’s main political opponent at the moment, was jubilant over the messy rollout of France’s vaccination program earlier this year. This, she said on March 13, was Macron’s “vaccine Waterloo,” a reference to Napoleon’s last, lost battle.

It doesn’t seem to bother Macron. He will commemorate the emperor on the day of his death, May 5. French government spokesman Gabriel Attal said on March 10, “of course, there will be a commemoration by the president” because Napoleon “is a major figure in our history.”

Lost in the polemics

In the polemics, Napoleon himself gets a little lost.

Born in Corsica in 1769 just after it was ceded to France, he became a general in his 20s, leading French revolutionary forces against the monarchies of Britain and Europe.

He won battles in Italy and Austria. In 1799, he came to power in a coup d’état. Five years later, he crowned himself emperor. And he kept on waging war, winning across Europe and then invading Russia in 1812 before retreating disastrously through winter snow several months later.

English historian David Gates, author of The Napoleonic Wars 1803-1815, estimates that the death toll, military and civilian, from unending combat stands at around five million.

Napoleon promised liberation as he marched across Europe but replaced old monarchs with new ones, chiefly himself and his three brothers.

The Napoleonic imperial decision that changed the course of a continent took place in North America.

Unbidden, in 1803, he offered a chunk of French land to the United States for $15 million (approximately $430 million Cdn today).

This was the Louisiana Purchase. The deal doubled the size of the U.S. and covered a swath of 15 modern-day southern and mid-western states and even a southern chunk of Saskatchewan and Alberta. Washington was astonished and delighted. Thomas Jefferson’s government had originally wanted to buy just New Orleans and its surroundings.

Napoleon wanted and needed the money to pursue his war with Britain. He saw himself as a great strategist, but this was one of the great strategic giveaways of modern history.

At home he was revolutionary. He constructed much of the modern French state, with a corps of French finance inspectors and prefects who became the cutting edge of the state bureaucracy, not to mention the creation of a modern education system with lycées (secondary schools) and the founding of the Bank of France.

His lawyers drew up the Napoleonic code, a civil code that remains the basis for civil law today, not only in France but also Quebec. His hated minister of police Joseph Fouché set up a modern national police force.

His reforms still spark controversy. In March, Macron’s own minister of equalities, Elisabeth Moreno, called Napoleon “one of the greatest misogynists” of history. His Napoleonic code stated that “a woman owes obedience to her husband,” a legal obligation not removed until 1938.

Two French intellectuals, Louis-Georges Tin and Olivier Le Cours Grandmaison, published an open letter in France’s Le Monde on April 4 denouncing Napoleon for destroying the first French republic by force and for, yes, re-establishing slavery in the colonies of the Caribbean in 1802. In Napoleon’s eyes, slavery would help extend his empire.

The writers proposed, in reprisal, closing the Invalides mausoleum and turning it into a “museum of French republics,” rejecting an autocratic emperor to celebrate five more or less democratic republics.

It’s a proposal doomed to die. Macron models himself on Napoleon.

“He is a Bonapartist,” Alain Duhamel, an essayist who has written a book on Macron, told Le Figaro on March 19. “Bonapartism was the invention of new elites by Napoleon.”

Macron is now trying his hand at that sort of invention. He has just announced that he is abolishing the inspectors of finance created by Napoleon and the National Administration School, both pillars of the French governmental elite. Macron wants to recruit more widely to create new elites closer to a disgruntled populace.

For all his energy, military prowess and ambition, Napoleon spent the last six years of his life in miserable exile on the cold island of St. Helena in the South Atlantic off South Africa, and almost 7,000 kilometres from Paris. Traditional monarchs ruled Europe. There was even a Bourbon king restored to the throne in France.

The Vicomte de Chateaubriand is known in France for his writings, his monarchist leanings and for the steak created for him by his cook. He was born a year before Napoleon and started by despising him. He finished by admiring him. His verdict still stands, at least in France.

“Living, he failed in the world. Dead, he conquered it.”